For nearly six years, photographer Daniel Rinehart has been photographing Miss and Mr. Gay America preliminary and national pageants. We thought it was time to get to know the man, so herewith is an interview with Mr. Rinehart. Throughout the Q&A Daniel shares ten of his favorite photos in a countdown from 10 to 1, captioned by Daniel.

1. How long have you been photographing Miss Gay America pageants?

I began following MGA pageants in 2013 in northwest Missouri. I watched a friend get crowned and 4 years later found myself snapping images for Michael & Rob at Asia (O’Hara)’s step down in Memphis and then at the return of Mr. Gay America in Dallas, TX. 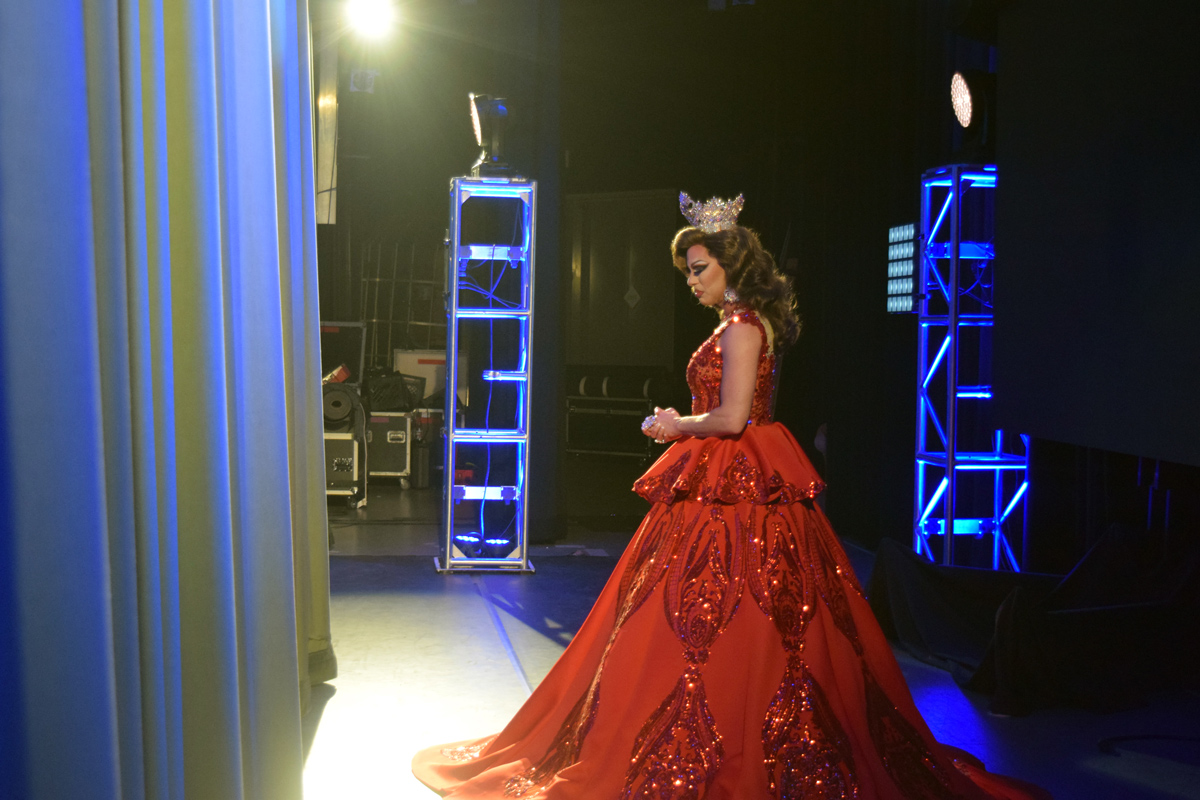 Above: 10.  Deva in Reflection - MGA 2018 is left alone for a moment backstage.  Her dresser, partner and backstage team have left.  She wasn't aware that this moment was captured at the time

2. How many days out of the year are you traveling to or from drag pageants? And to which pageants?

I don’t really keep track, I support all the promoters as a visual designer behind the scenes and then contestants leading up to the national contest. I try to get to most of the local city contests and support local talent and also serve as a city promoter. I recently was offered an opportunity to judge in St Louis. I can always be found at Missouri, Show-Me State and I try to get to at least one more during the season. 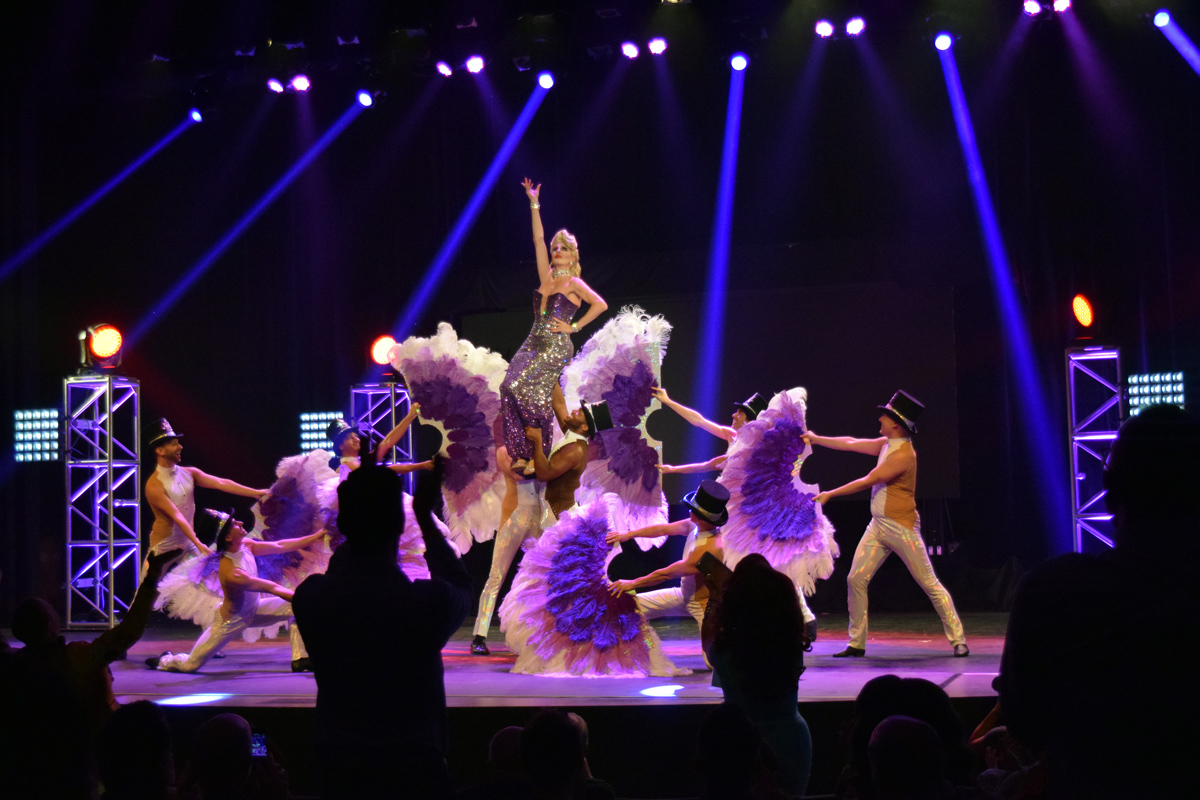 Above: 9: It's Andora - Andora completes her quick change talent on final night of MGA 2019

3. How did you get started photographing pageants?

Read more »
Posted by AndyPopularPublicity at 5:52 AM 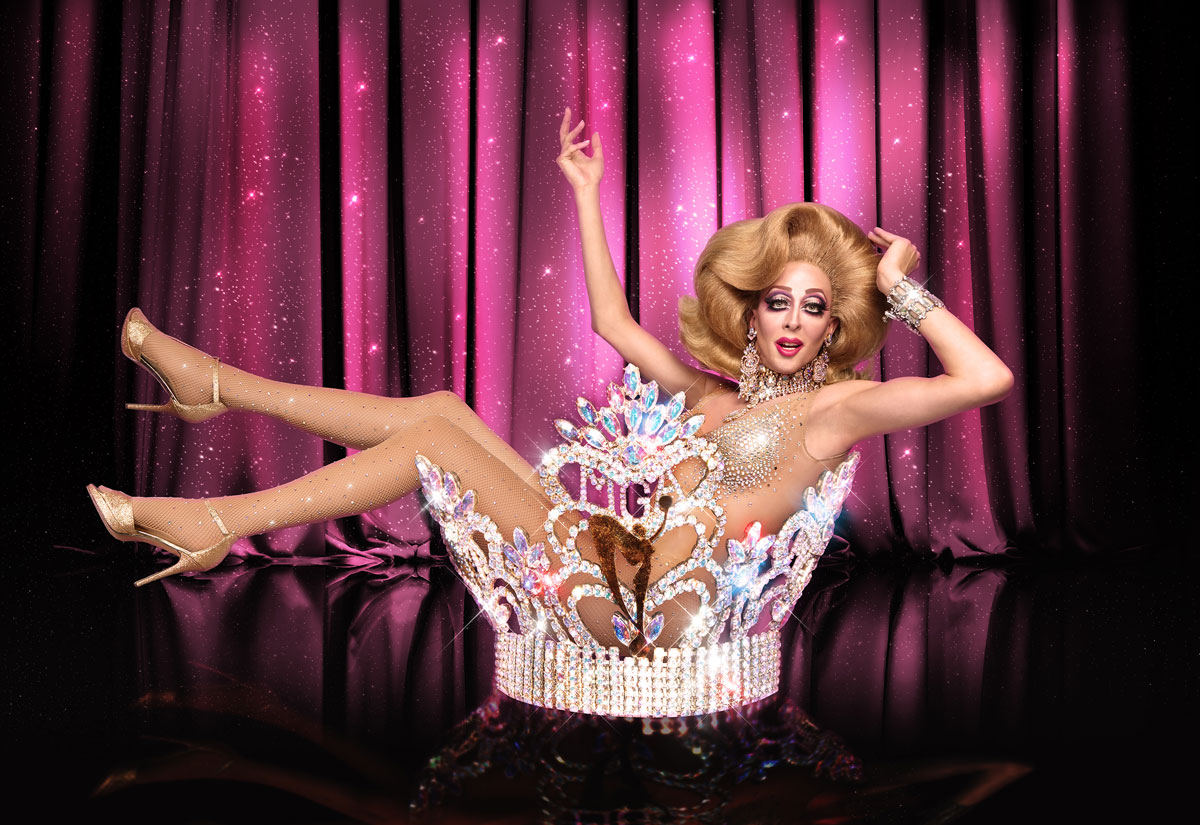 On the evening of October 5 at the forthcoming 48th annual Miss Gay America pageant in St. Louis, New York City drag queen Adora Te'tee will relinquish her crown as she steps down from her 2019 reign as Miss Gay America, considered the most coveted national title in drag pageantry.

Established in Nashville in 1972, The Miss Gay America Pageant is the world’s first, longest running and most prestigious nationwide female impersonator (aka drag) competition. From October 2-5, nearly 50 contestants from over one hundred city, state and regional preliminaries across the country will compete for the Miss Gay America 2020 crown. 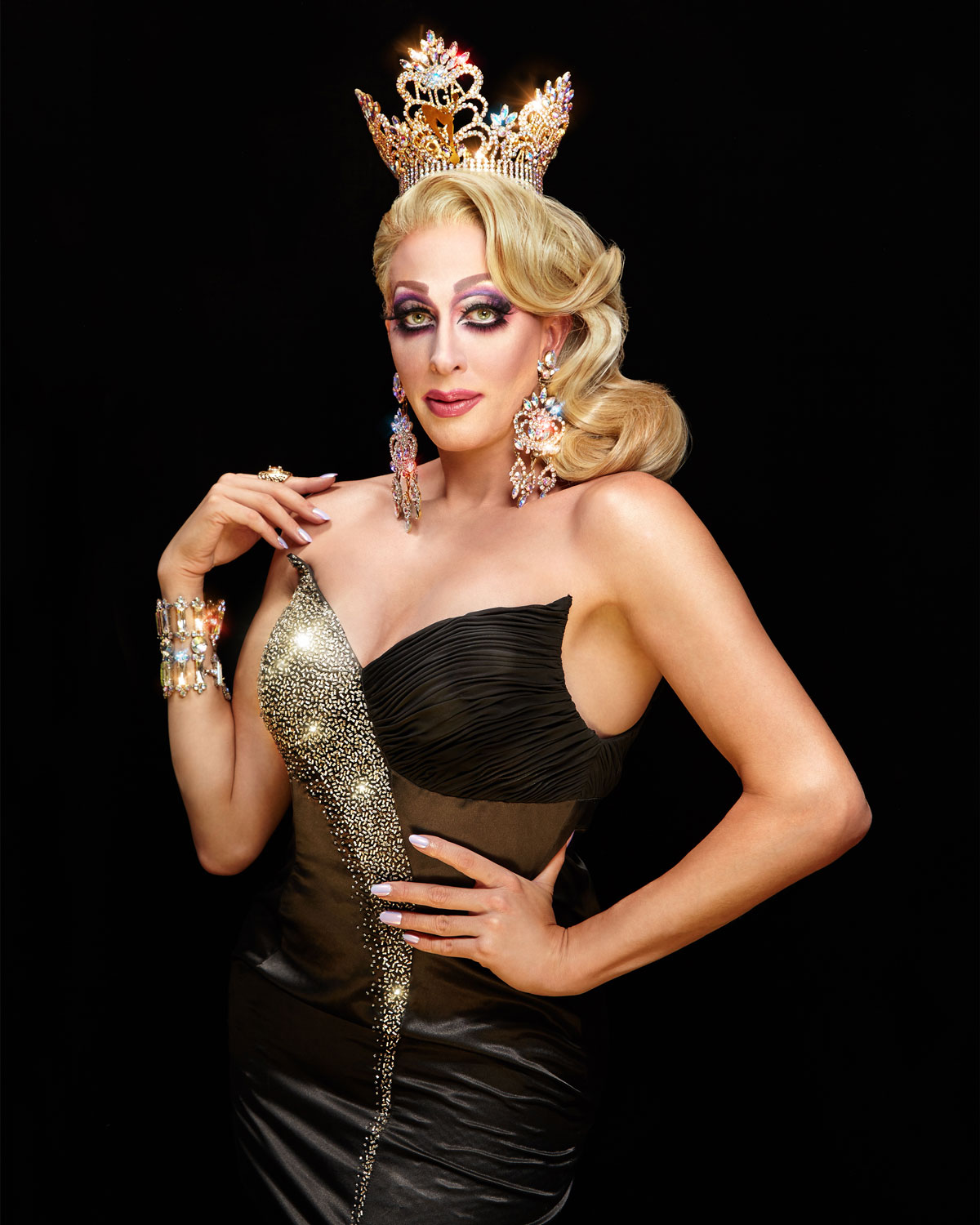 Andora Te'tee is Michael Collins, an event designer and resident of Hell's Kitchen.  In March of 2018 he won the Miss Gay New York America preliminary, which took him to the nationals in St. Louis where he was crowned Miss Gay America in October.

Andora Te'tee is the first ever Miss Gay America from New York City and known for her glitzy, choreographed, cast-of-thousands, Broadway-style production numbers.

Though the Miss Gay America pageant dates back nearly 50 years, the state of New York has only been represented since 2017.  This year New York state is being represented at nationals by Miss Gay New York America 2019 Truly Fabu (below, left) currently of Baltimore (the state pageant is open to anyone in the U.S.) and First Alternate to Miss Gay New York America2019, fellow Manhattan entertainer Pattaya Hart currently of New York City (below, right).

Pattaya Hart is a Manhattan girl and can be seen teaching dance at "Steps on Broadway," and performing at Lucky Cheng's at Stage 48 and Voss Events Drag Brunch at The Iridium.

Truly Fabu can be seen performing at the Horseshow Casino in Baltimore, at Freedom Bar and Scarlet Green in London, Hamburger Mary's Las Vegas and various cities across the U.S. representing Miss Gay New York America. •

Read more »
Posted by AndyPopularPublicity at 7:19 AM

Before dipping into our interview with Miss Alexander, we asked her how she chose her drag name.

Brooklyn explains, "Well, being I am a bigger gal, I wanted a bigger name. LOL! I’ve always loved the name 'Brooklyn.' My mother said If I had been born a girl, that would have been it. 'Alexander' was chosen after a good close friend who supports me in everything I choose. Her last name is Alexander. We were brainstorming ideas for a last name and she jokingly said, 'Alexander.' I smiled, and the rest is history. My name was chosen and hasn’t changed. :)" 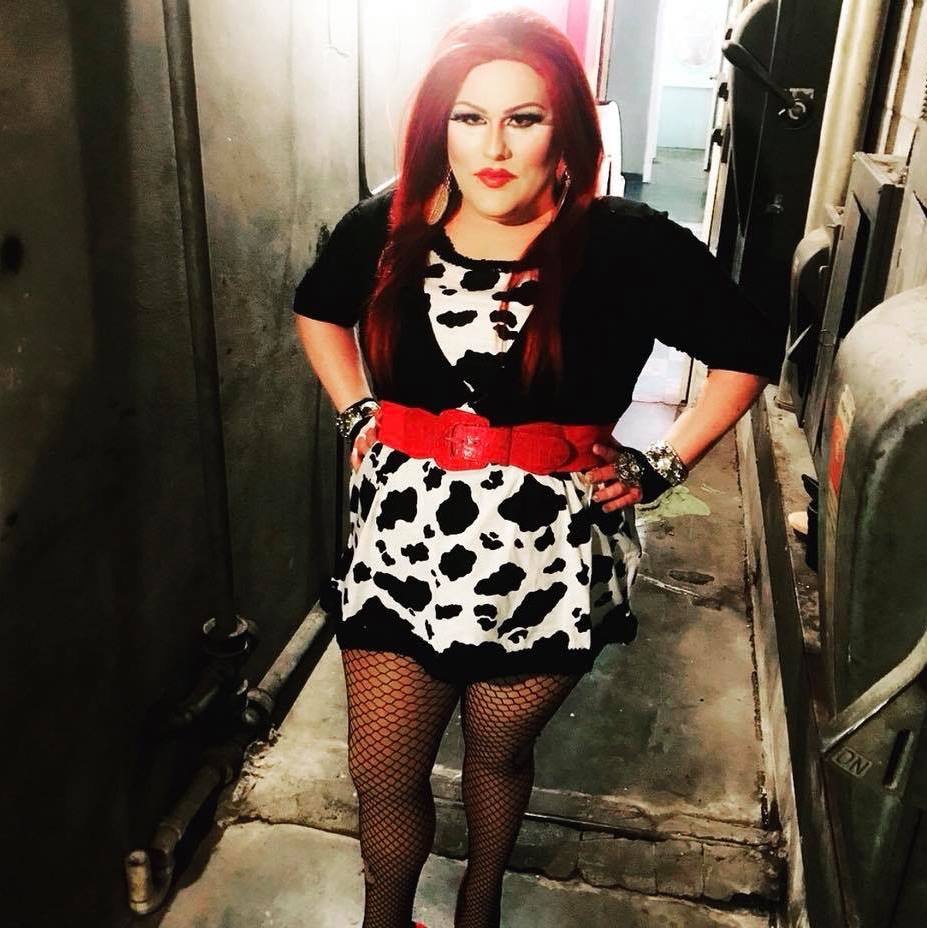 It was a dare. My good friend wanted to do a show so bad and dared me to do it with them at an amateur show in Meridian Mississippi at a bar named Different Seasons. I was 18 when I started female impersonation. I did not know one simple dare would lead me to where I am at today. 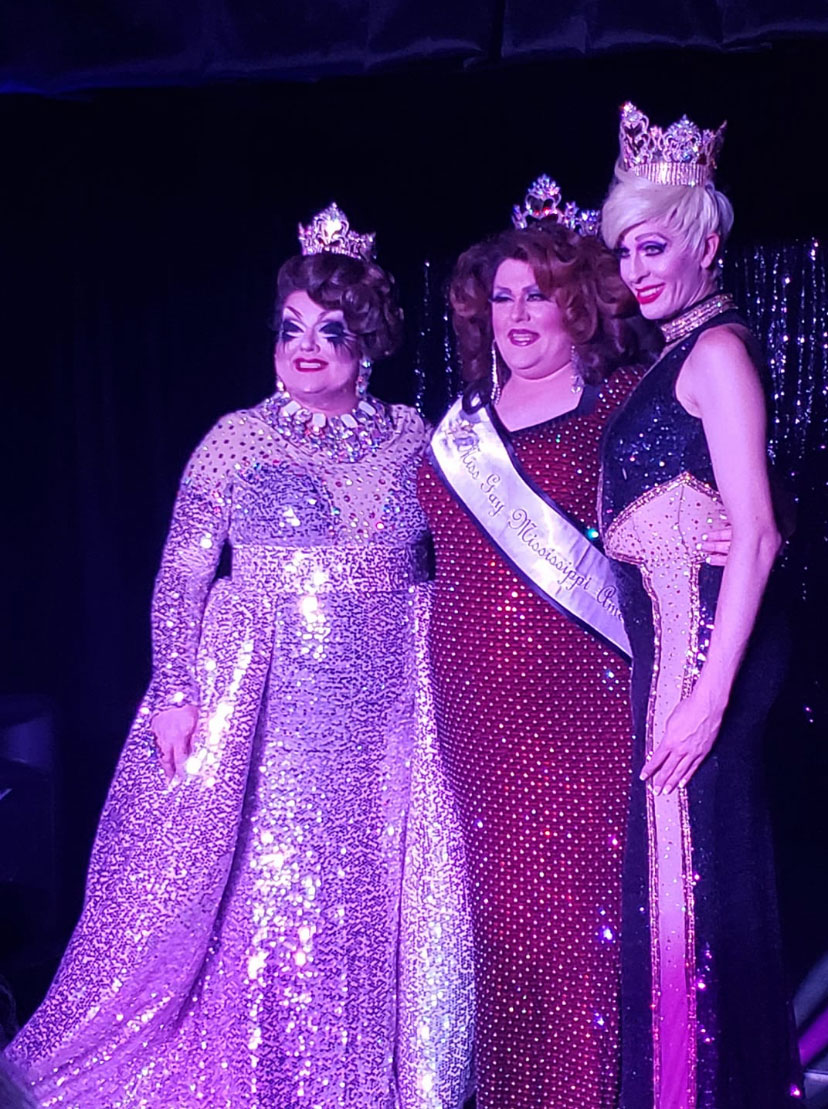 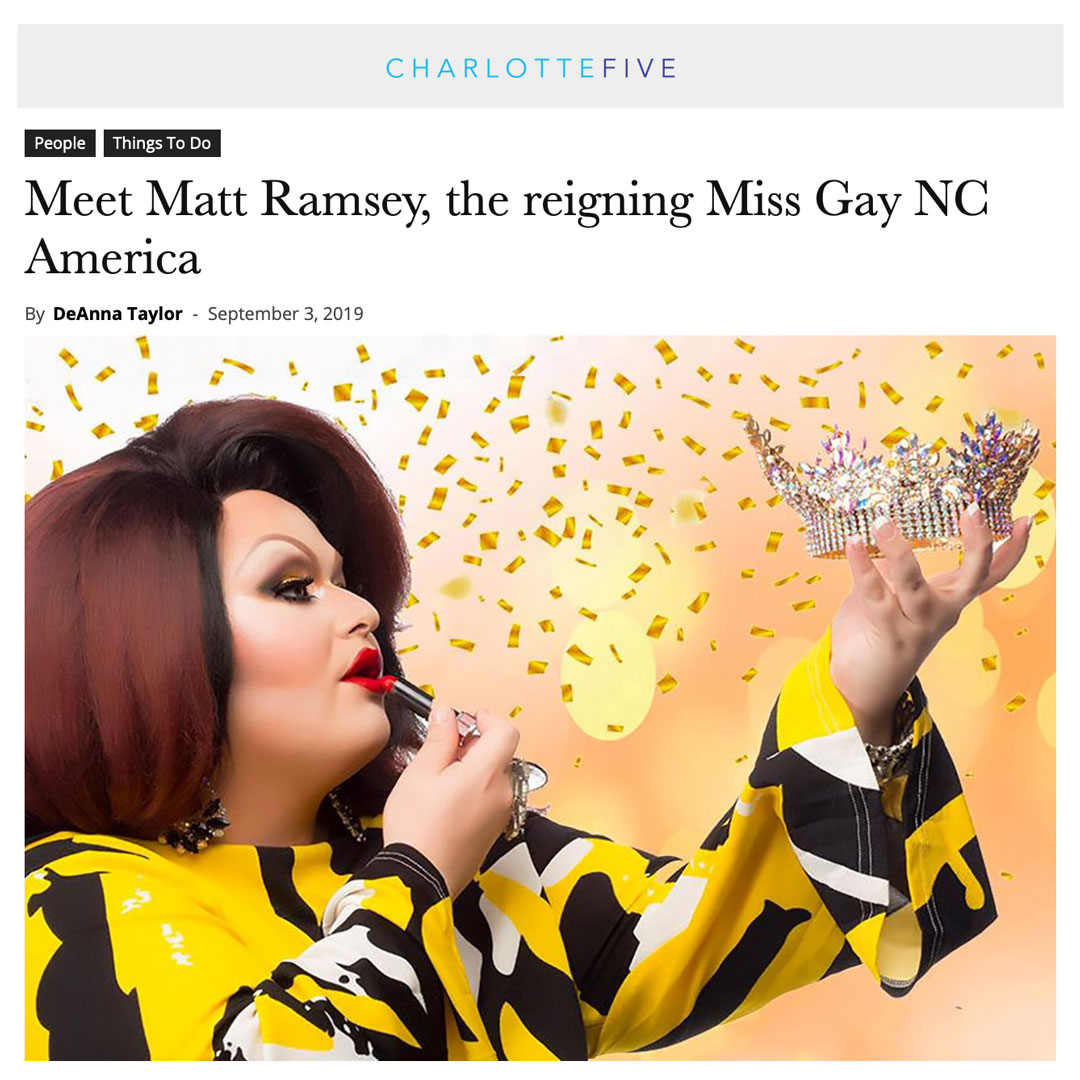 “Anyone can be crowned, but what you do as queen is what speaks,” states our Miss Gay North Carolina America 2019 Shelita Boney Hoyle in her interview with Charlotte, NC's Creative Loafing weekly city guide, Charlotte Five.

Thank you to DeAnna Taylor, Esq. at Creative Loafing for talking to our girl! Good luck at MGA2020 Miss Shelita!


Posted by AndyPopularPublicity at 10:08 AM