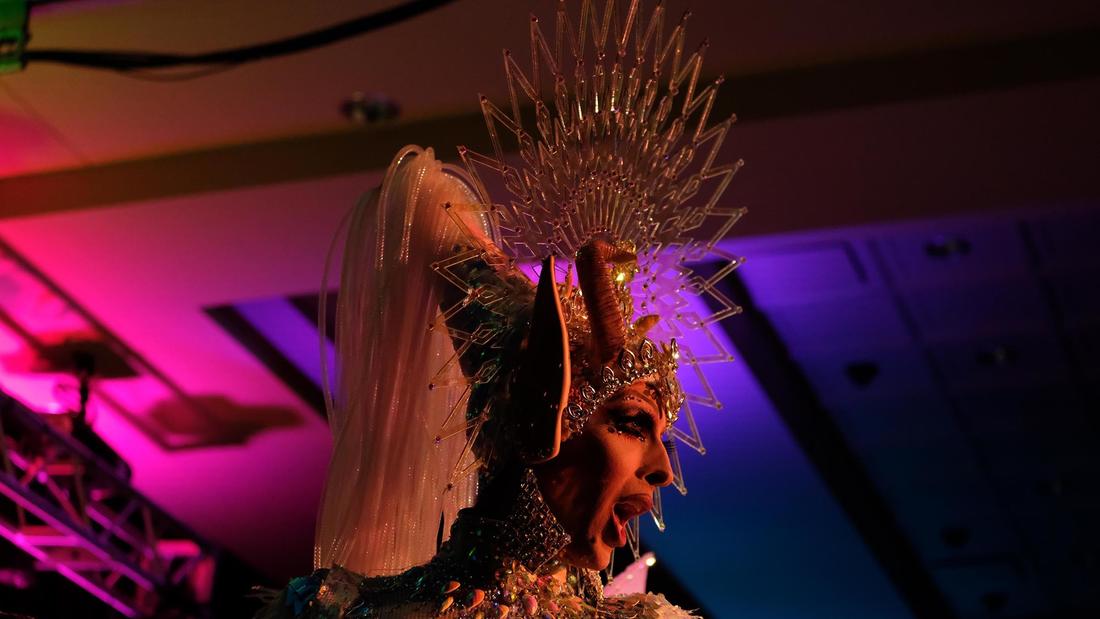 A big thank you to photographer Kyle Andercyk and Kaitlin Newman at the Baltimore Sun's "The Darkroom" for the terrific gallery of images from Miss Gay Maryland America 2019!

See the full slideshow at on the Baltimore Sun's "The Darkroom."

Posted by AndyPopularPublicity at 10:03 AM 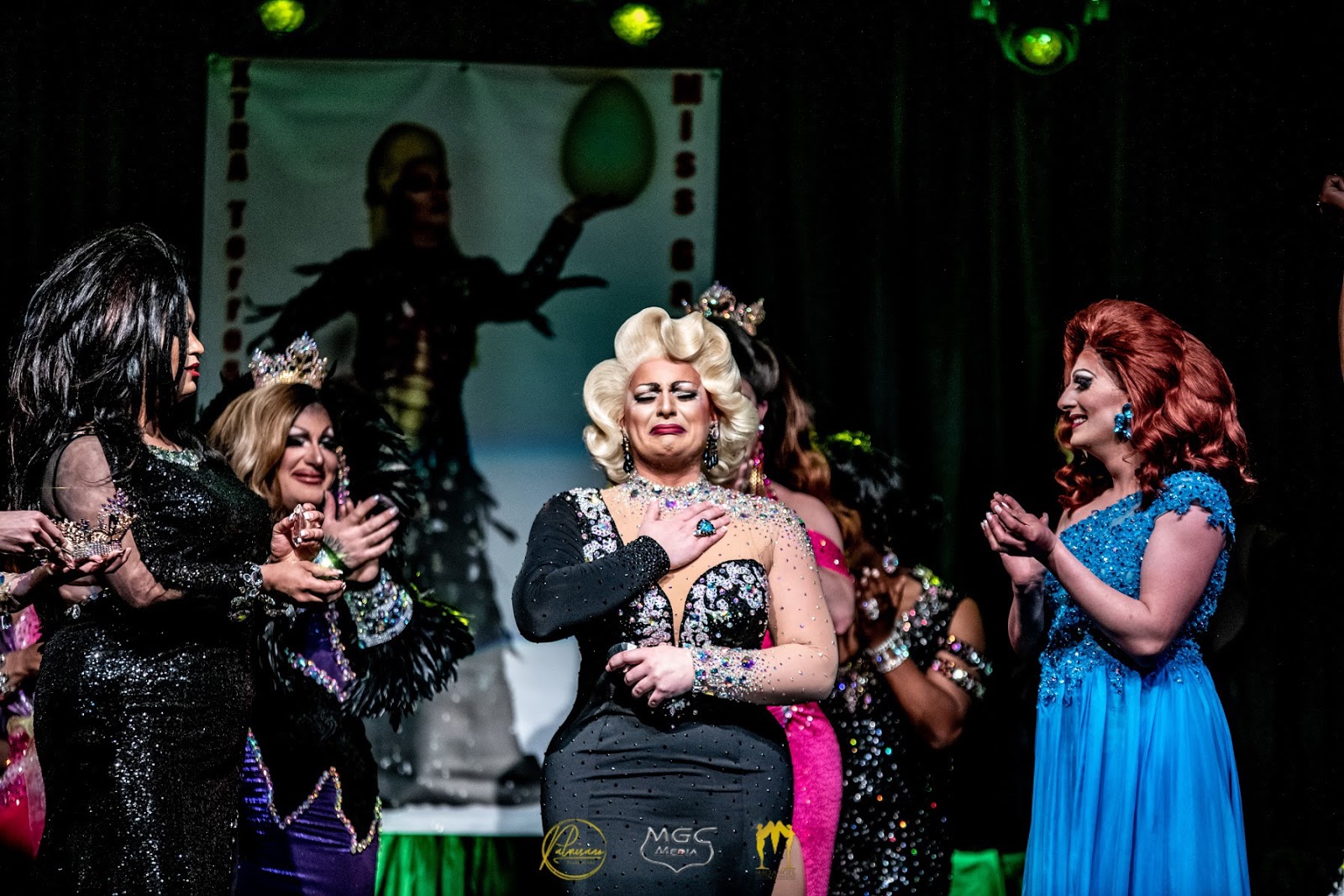 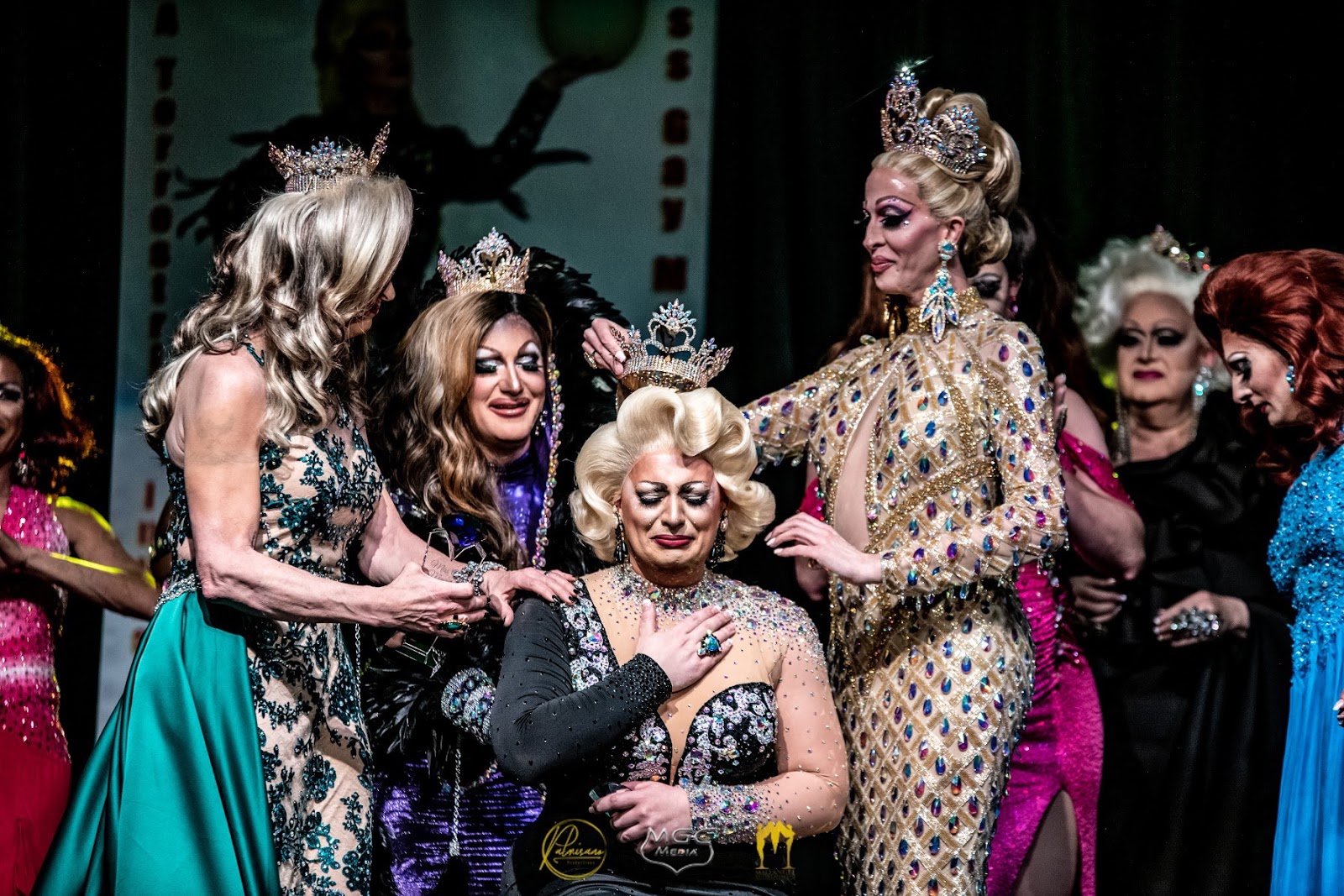 This past Saturday night (April 13), if you love drag and live in Maryland, you were very likely to be found cheering on your favorite queen at the annual Miss Gay Maryland America pageant at the Horseshoe Casino.

Miss Gay Maryland America is one of over one hundred city, state and regional preliminary Miss Gay America pageants across the country leading up to 48th annual Miss Gay America Pageant in St. Louis this October.

Miss Gay Maryland America was a limited regional preliminary, meaning only contestants from Maryland and DC and states that border Maryland could enter. 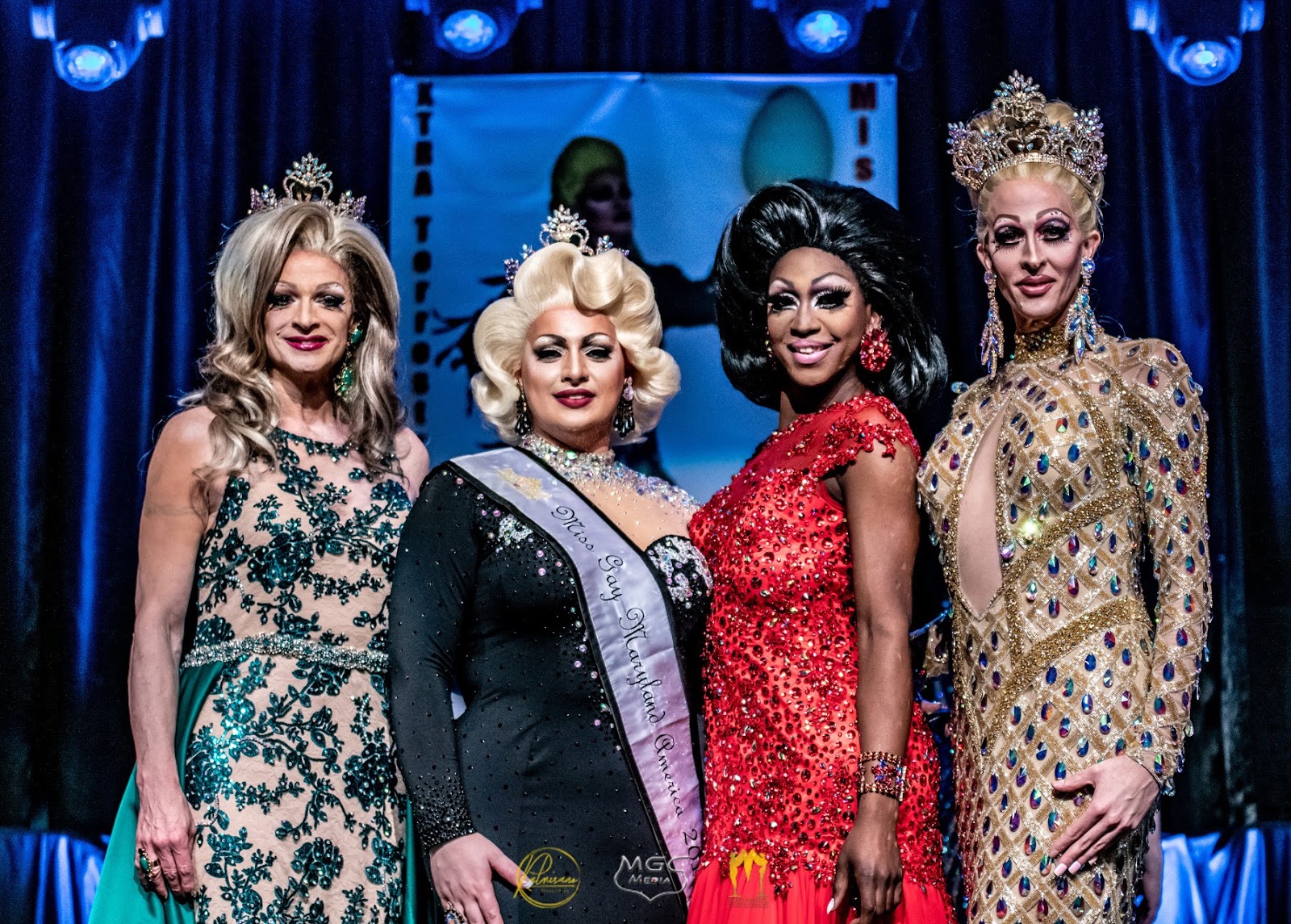 Read more »
Posted by AndyPopularPublicity at 8:48 AM 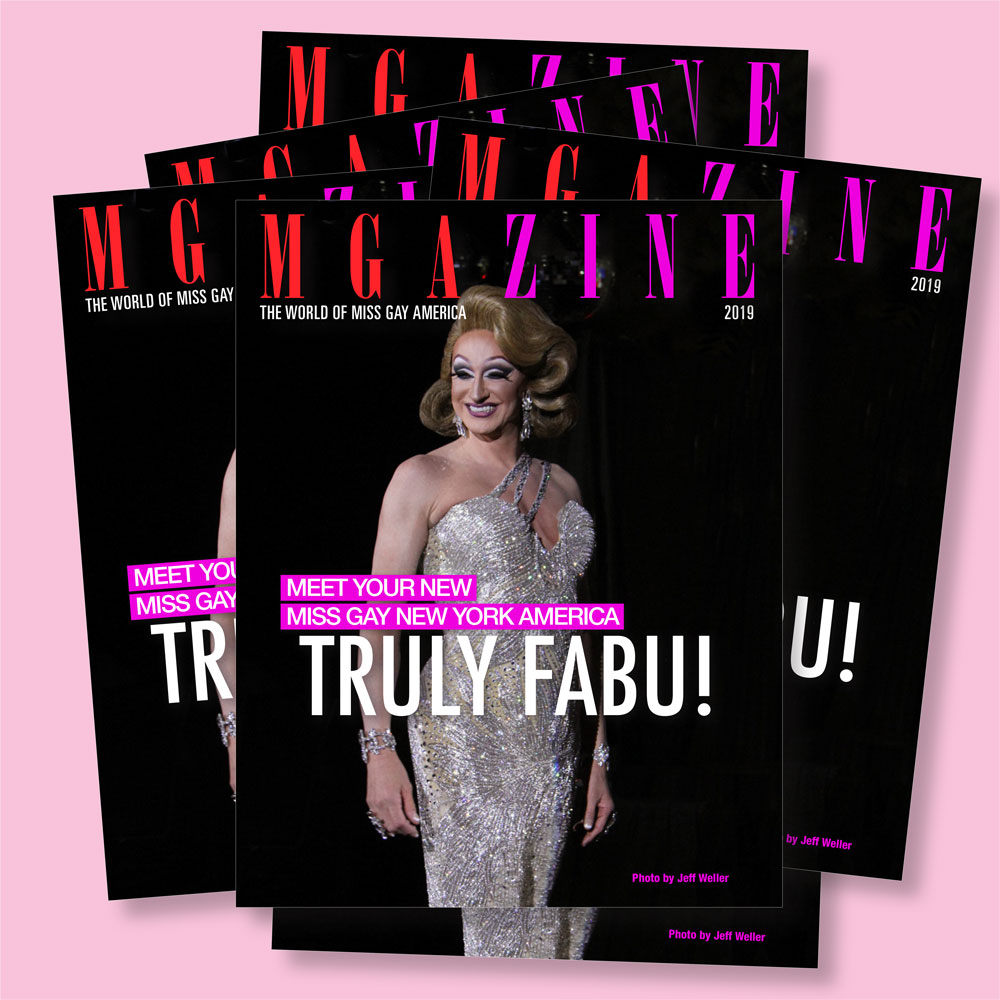 It was a night of high flying, high kicking drama as contestants Aria B. Cassadine, Dextaci, Dominique St. James, Fifi DuBois, and Pattaya Hart competed for the Miss Gay New York America 2019 title. All gave stellar, eye–and potentially joint-popping–performances to a packed and appreciatively screaming house. One felt sorry for the judges.

In the end, it was Truly Fabu, a born and raised New Yorker now living in Baltimore who earned the crown and opportunity to compete in the Miss Gay America nationals this October in St. Louis. Pattaya Hart won First Alternate to Miss Gay New York America 2019 and will also compete at Miss Gay America. FYI, though now a New Yorker, Andora is a former Miss Gay Maryland America (2006) who moved to New York from Baltimore in 2007.

Below, we introduce you to Miss Gay New York America 2019 Truly Fabu, but first, we wanted to know how she chose her drag name.

“'Truly Fabu' came to me in two parts," she says. "'Truly' came from the movie "Chitty Chitty Bang Bang."  That movie had two things I love: musical numbers and cars.  Truly Scrumptious is the lead female character, and I always thought it was an interesting and pretty name. “Fabu” is a word my friend and I used back in the day.  It’s just short for fabulous.  I thought "Truly Fabu" had a fun and whimsical quality to it, and that was it." 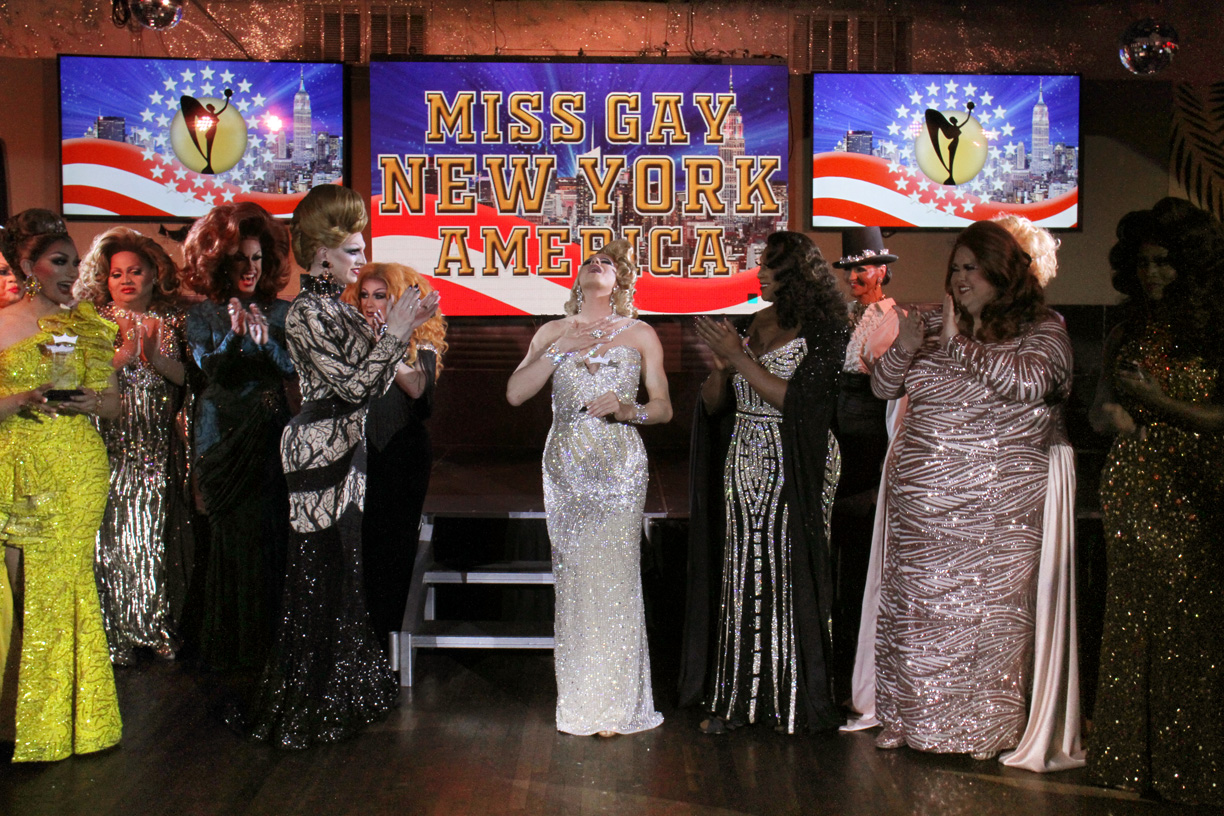 Like a lot of performers, the first time I did drag was on Halloween.  I was in college in Tucson Arizona, and went out to a bar called IBT’s where Lucinda Holliday (of Made for a Queen jewelry) was the show director.  She asked me if I wanted to do the guest spot in a show, and I accepted.  I was so nervous, and practiced a lot.  All of my friends came out to support me, and before I was called onto the stage, my knees were shaking.  The music started and I came out from behind the curtain to Debbie Gibson’s “Don’t You want Me Now.”  As soon as I got on the stage and was hit by the spotlight, all my nerves were gone and a performer was born.  To this day I still get nervous before going on stage.

Read more »
Posted by AndyPopularPublicity at 3:21 PM No comments: 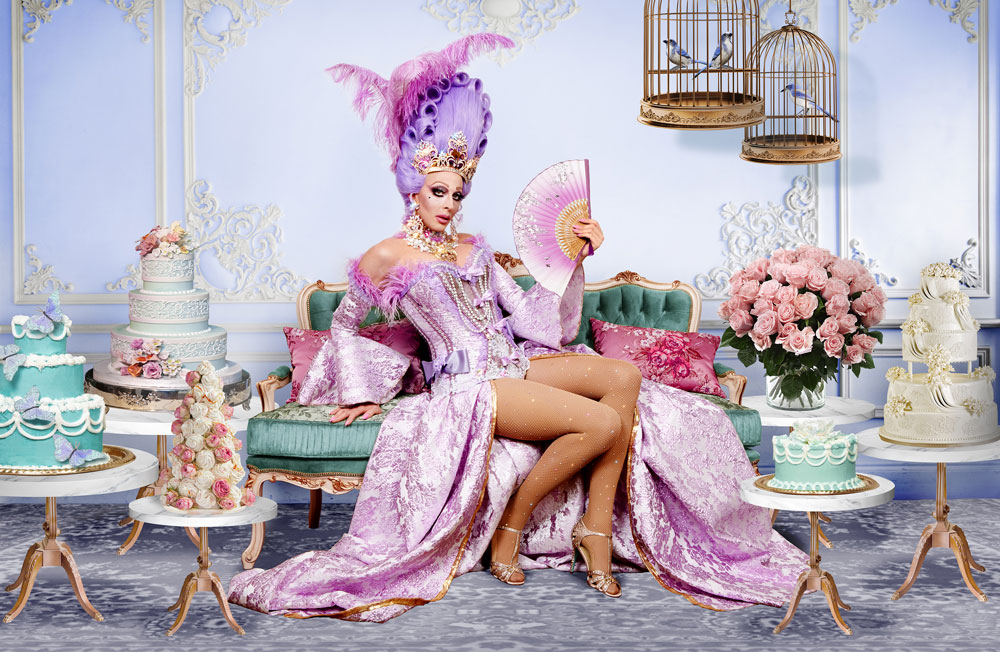 Check out the gorgeousness of Miss Gay America 2019 Andora Te'tee in these two new photos by photographer Kiet Thai. Just more proof that when it comes to reigning, this queen rules!

Go to Instagram to see more photos of Andora @andora_official in a variety of stunning lewks and more work by Kiet Thai @studiokiet. 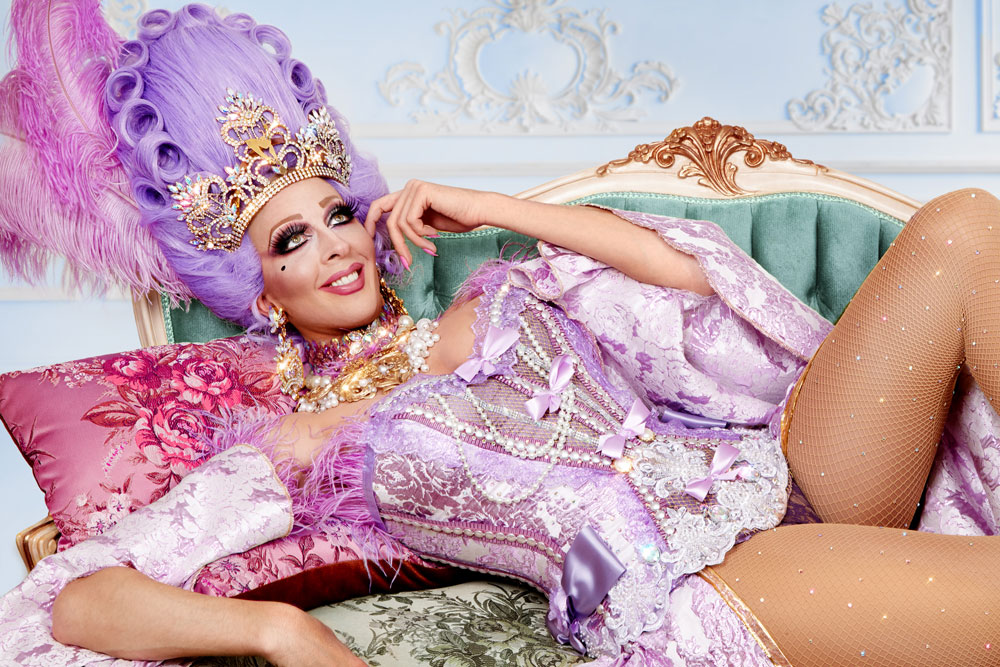 Posted by AndyPopularPublicity at 2:03 PM No comments: