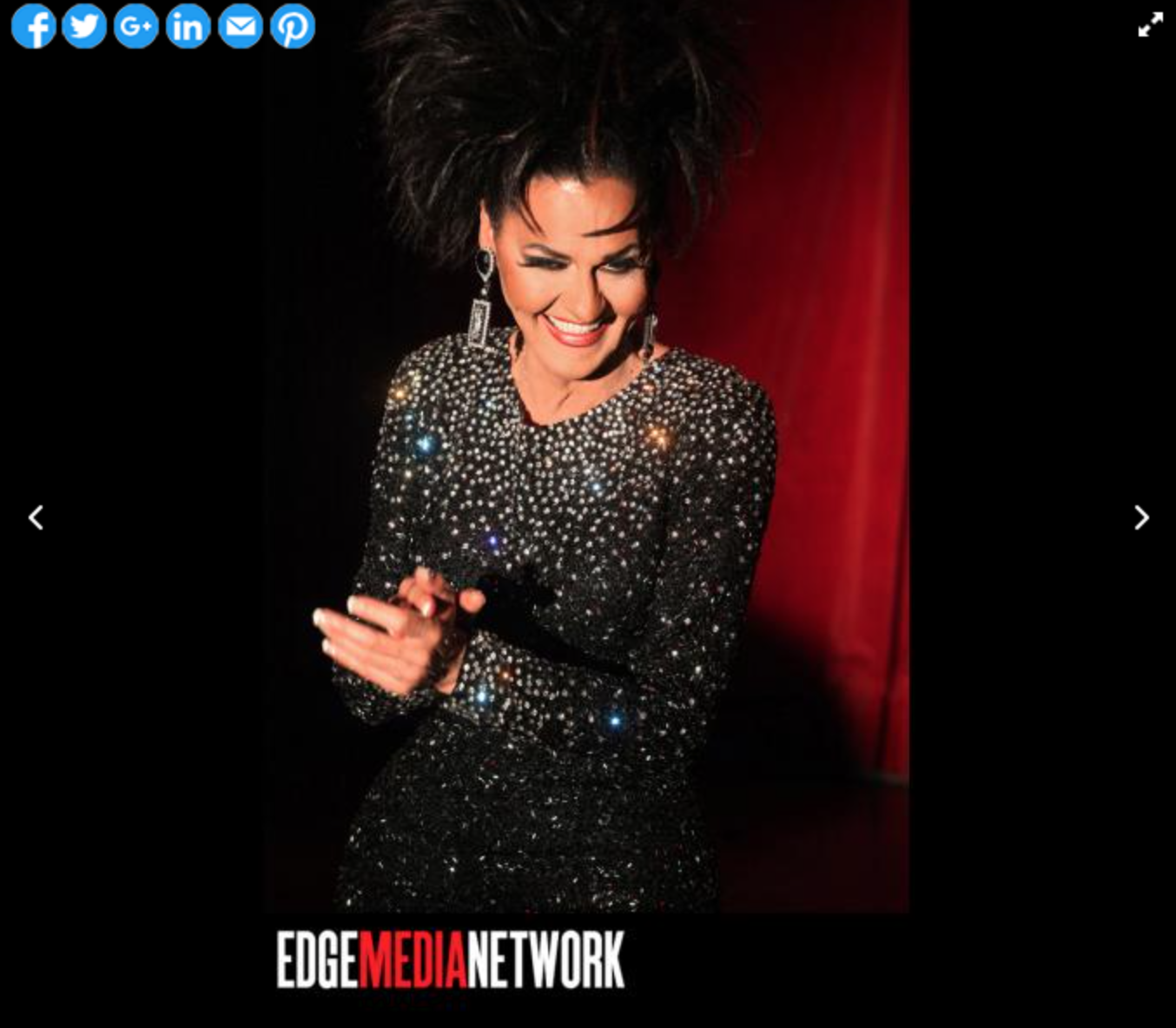 BACK TO TOP
BACK TO THE MGAZINE HOMEPAGE
BACK TO THE MISS GAY AMERICA WEBSITE
Posted by AndyPopularPublicity at 10:30 AM 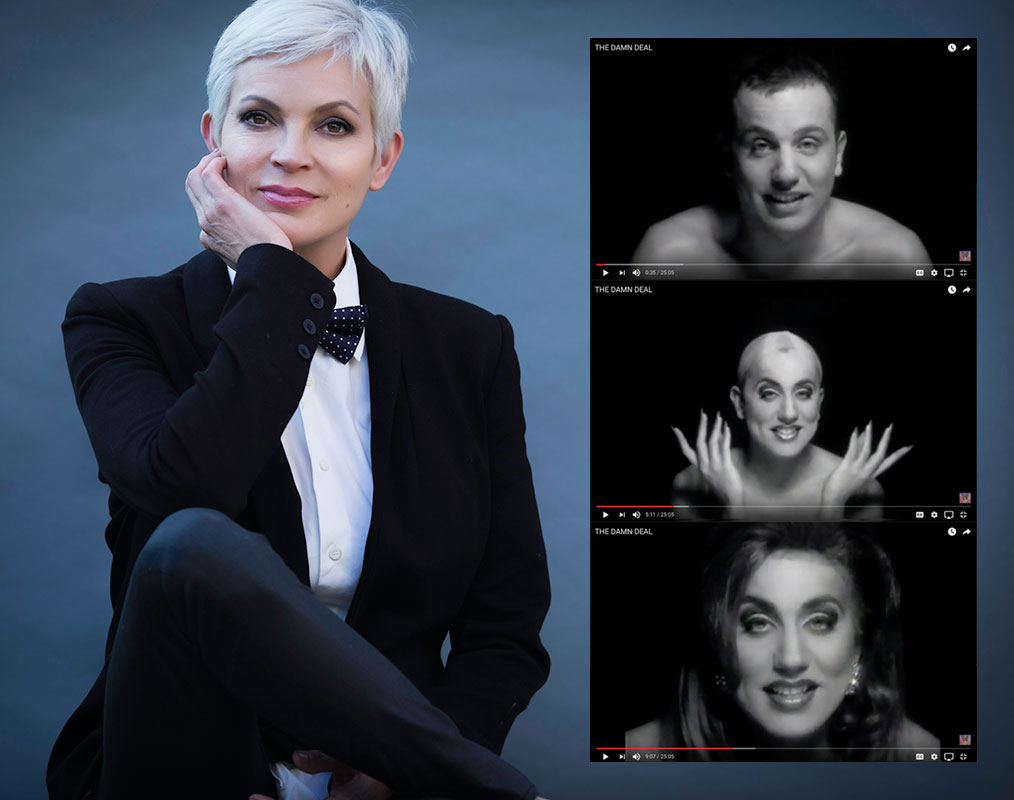 "My brother was a huge football star and now with me in competition in pageants, that’s my football –that’s me being a football star. I’m just a beautiful football star.”  –  Spencer May/Kelly Cruise, Miss Gay Arkansas America 1993, from “The Damn Deal” (1997)

In 1997, filmmaker, writer and former Miss Arkansas and Miss America, Elizabeth Gracen, interviewed three young female impersonators who competed in the Miss Gay America Pageant system for her captivating, beautifully filmed black-and-white documentary “The Damn Deal” (Flapper Films). The recovered, original footage, now restored, explores gender, identity and what it was like to grow up gay in the South at the end of the 20th century.

Crowned Miss Arkansas 1981 and Miss America 1982, Gracen (Elizabeth Ward at the time) went on to study acting, pose on the cover of Playboy, star (as Amanda) in the Nineties TV series “Highlander,” and established her own film production company (Flapper Films) and boutique publishing company (Flapper Press). She recently filmed actress Lee Meriweather for a documentary short and in March released her first Young Adult fantasy novel, “Shallily.” Below, Gracen talks about the making of “The Damn Deal.”

Read more »
Posted by AndyPopularPublicity at 8:00 AM 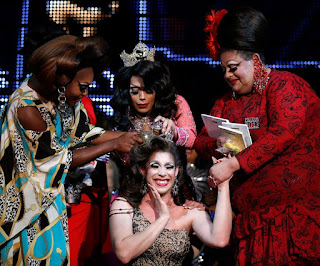 Once again Guide Live, the entertainment website from The Dallas Morning News–the biggest newspaper in Texas–has done a great feature on the Miss Gay Texas America pageant. See the July 25th feature here and see last year's story here. Please enjoy, share and blab about it to your friends!

It’s an hour to showtime, and wigs, sequins and high heels are scattered around the dressing room. Men find their sparkling evening gowns and gather around mirrors propped against walls. "I need help getting a sister into a corset over here!" calls one assistant, while Gizelle, the backstage coordinator, reminds: "20 minutes til top 12!"...continue reading here.

Posted by AndyPopularPublicity at 8:55 AM

From July 18-21, 2017, The Rose Room in Dallas will be the setting for Miss Gay Texas America, a state preliminary competition for the 45th annual Miss Gay America Pageant.

Miss Gay Texas America was established in 1974 and is in its 44th year of competition, making it one of the oldest and largest preliminary pageants in the country.

The evening's theme will be "Queens on Fire". For the Presentation category, contestants will be asked to interpret the theme, in their gown, costume and look.

Nearly 40 contestants from 22 regional preliminaries around the state will compete in five categories: Male Interview (in suit and tie), Presentation (theme based costume), Evening Gown, On Stage Interview and Talent (big production number with costumes, sets and dancers).

Miss Gay Texas America is Sofia Anderson, aka Alfonso "Poncho" Medina, is originally from Monterrey Mexico, now a citizen of the US, still learning English, owns his own salon in the Valley (southern tip of Texas), and supports his mother in Mexico. His drag esthetic evolved out of Mexican circuit party style and favors drama and wild, over-the-top illusions.

Meet your reigning Miss Gay Texas America 2016, Sofia Anderson, as she answers five questions in anticipation of her step-down and the passing on of the crown to Miss Gay Texas 2017 on July 21: 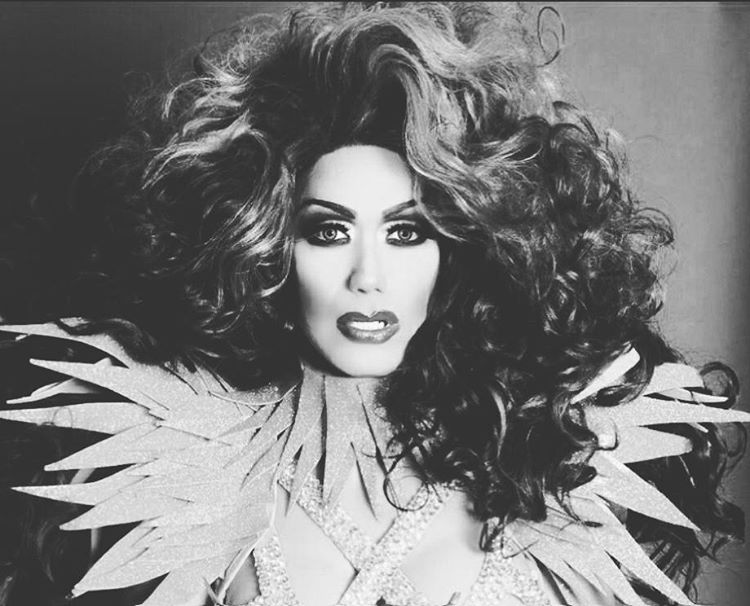 I have always had a passion for the stage, as a child I always wanted to be a star—a celebrity. And Sofia has that passion running in her veins. 17 years later, I still get goosebumps when I take the stage. It's a feeling that I can't put into words.

Read more »
Posted by AndyPopularPublicity at 3:52 AM

Posted by AndyPopularPublicity at 5:55 PM

Check out this great story about our new Miss Gay Arizona America Olivia Gardens as featured on the Filipino-American news website, Balitang America.

About winning, Olivia told ABS-CBN News reporter Gerald Bohulano, “It’s been a dream of mine since I’ve started seven years ago, and so to have been selected this year, having put in the work and the effort to prepare my competition package… it was really quite overwhelming.”

Read the full story here and see some great photos of Olivia on the night of her win here.


Posted by AndyPopularPublicity at 4:44 PM 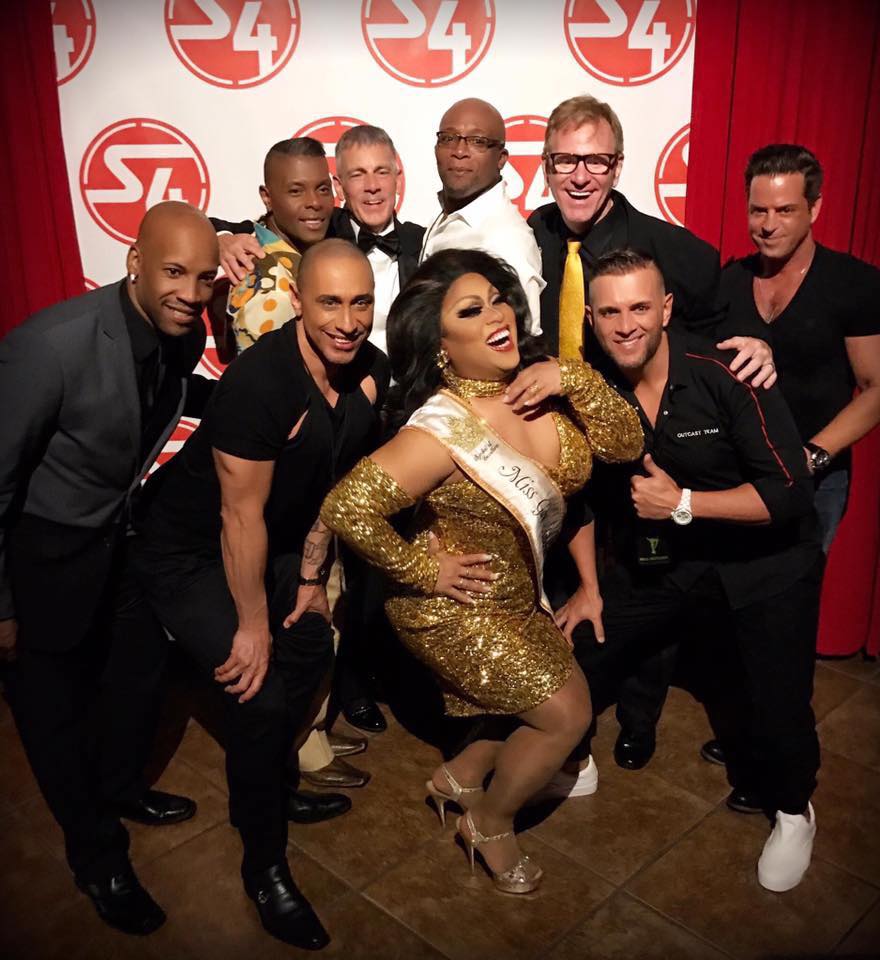 Posted by AndyPopularPublicity at 5:15 PM No comments: 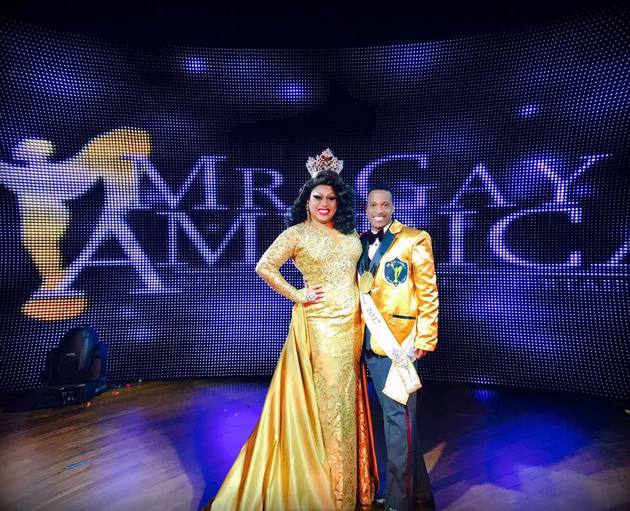 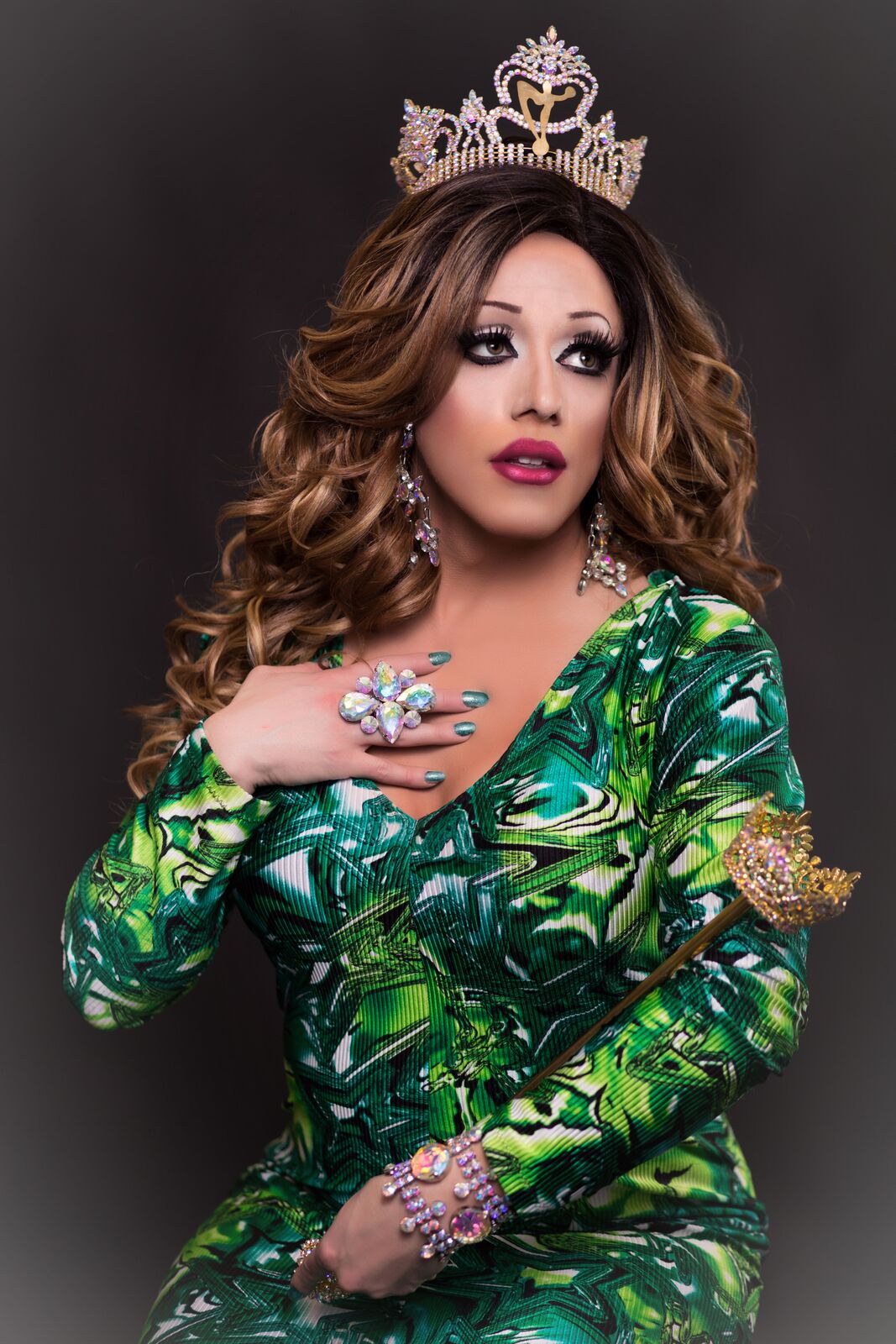 From July 8-9, 2017, Axis Nightclub in Columbus will be the setting for Miss Gay Ohio America, a state preliminary competition for the 45th annual Miss Gay America Pageant.

Established in Nashville in 1972–37 years before "RuPaul's Drag Race"–The Miss Gay America Pageant is the world’s first, longest running and most prestigious female impersonator competition. The Miss Gay Ohio America pageant began in 1973 and is now in its 45th year.

The evening's theme will be "Ohio is Burning". For the Presentation category, contestants will be asked interpret the theme, in their gown, costume and look.

I got started doing female impersonation in 2008. It wasn't pretty and it was rough! I had been around several extremely talented entertainers for some time and even danced at national pageants and large-scale production shows, but never taken the leap to be my own “brand.”