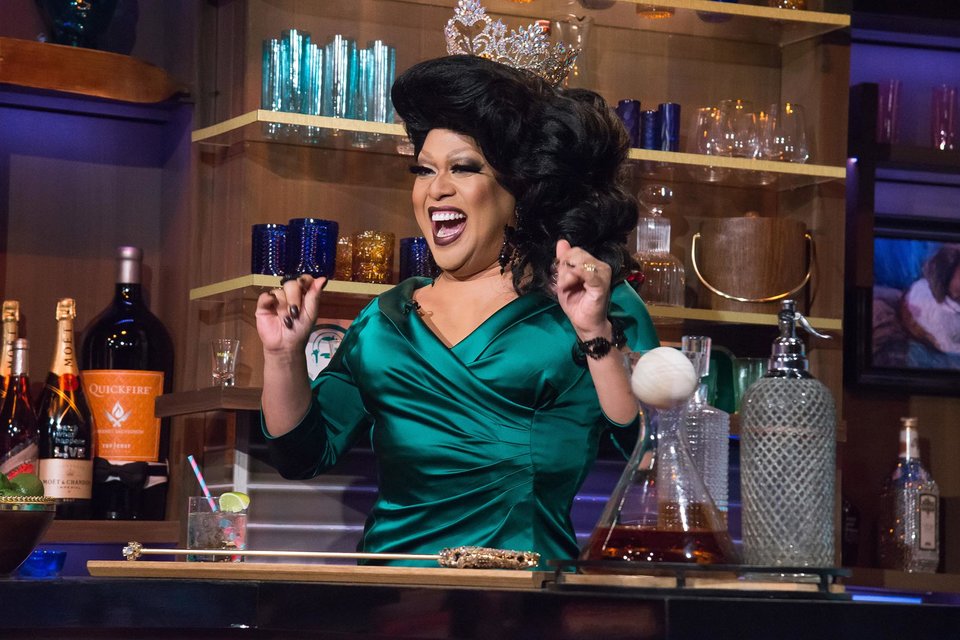 Our Miss Gay America 2017 Suzy Wong made a dazzling appearance on the January 19 broadcast of "Watch What Happens Live with Andy Cohen." She was guest bartender in Andy's Clubhouse and wore a gorgeous emerald greed gown (complimented by her MGA crown and scepter, natch) a nod to guest Idina Menzel role as Elphaba in the smash Broadway show, "Wicked."

Suzy Wong, as many of you know is the alter ego of Nashville restauranteur Arnold Myint, and as such he has competed on "Top Chef" as well as "Food Network Star Season 11." Here, Suzy tells how the guest appearance came about:

"In my last phase of auditions for my third attempt at being on 'Top Chef,' I remember being interviewed in a room full of notables. As I walked in, Andy Cohen was grabbing a coffee, and I bumped into him and immediately gave him a hug.  At the season's finale, he casually asked me, 'So, what's next?'  I told him I would be competing for Miss Gay Tennessee America.'If I go to MGA and win, can I be on your show?'

The following year as Miss Gay Mid America, I reached out again, and Andy responded wishing me luck.

Five years later, after winning the crown, we were back in contact.  Being on Top Chef was monumental for me professionally.  Being Miss Gay America is a milestone for me personally.  I'm beyond proud, honored, and grateful that my two worlds, in some weird way, have morphed into one amazing platform of opportunity." 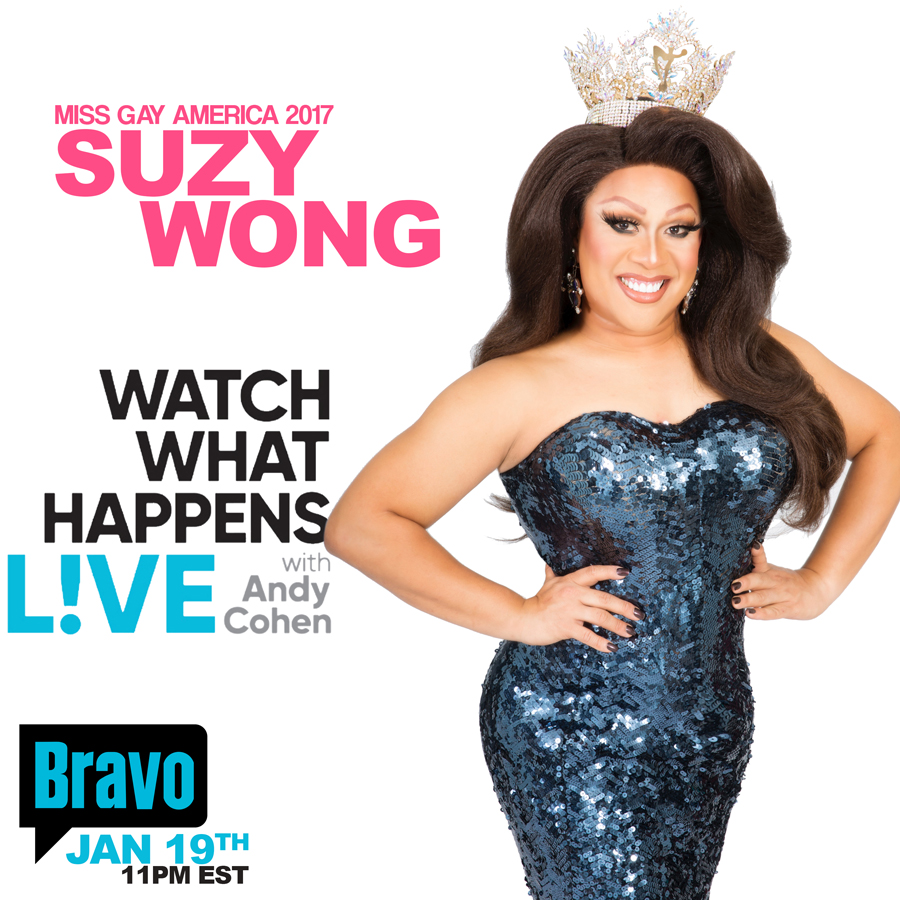 Jan 19: Tune January 19, 11PM EST in to see Miss Gay America 2017 Suzy Wong all up in Andy’s new clubhouse as she checks in with him on “Watch What Happens Live with Andy Cohen” (Bravo) for a little “where are they now” chat.  Suzy will be catching Andy up on what she’s been up to since her male persona, Arnold Myint, competed on Bravo’s “Top Chef DC”. You don’t wanna miss this!


Posted by AndyPopularPublicity at 12:37 PM

Your Miss Gay America 2017 SUZY WONG Reflecting on a Great Year and Looking Forward to a Fab 'N' Flawless 2017! 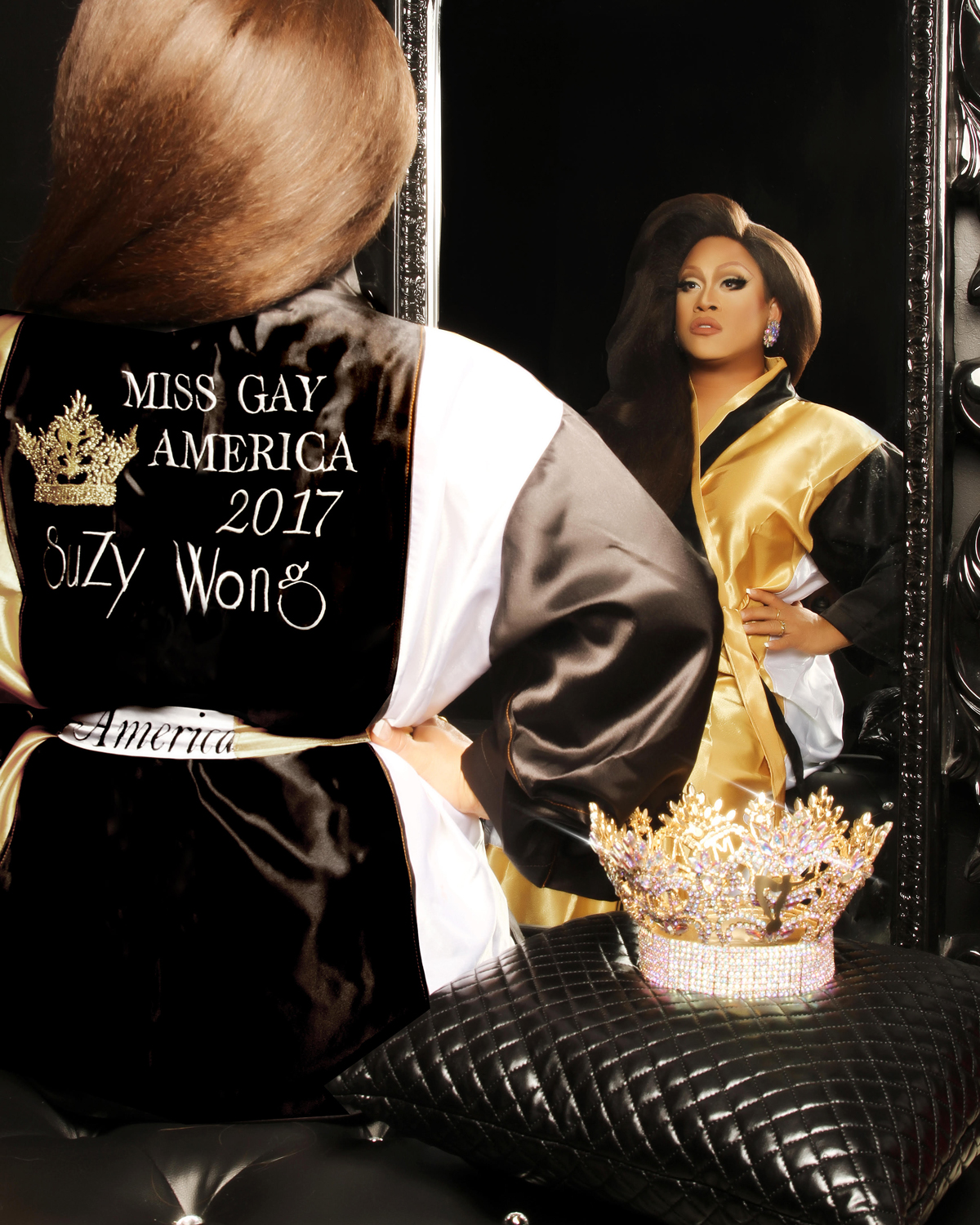 Photo by Scotty Kirby.
BACK TO THE MISS GAY AMERICA WEBSITE
Posted by AndyPopularPublicity at 10:54 AM