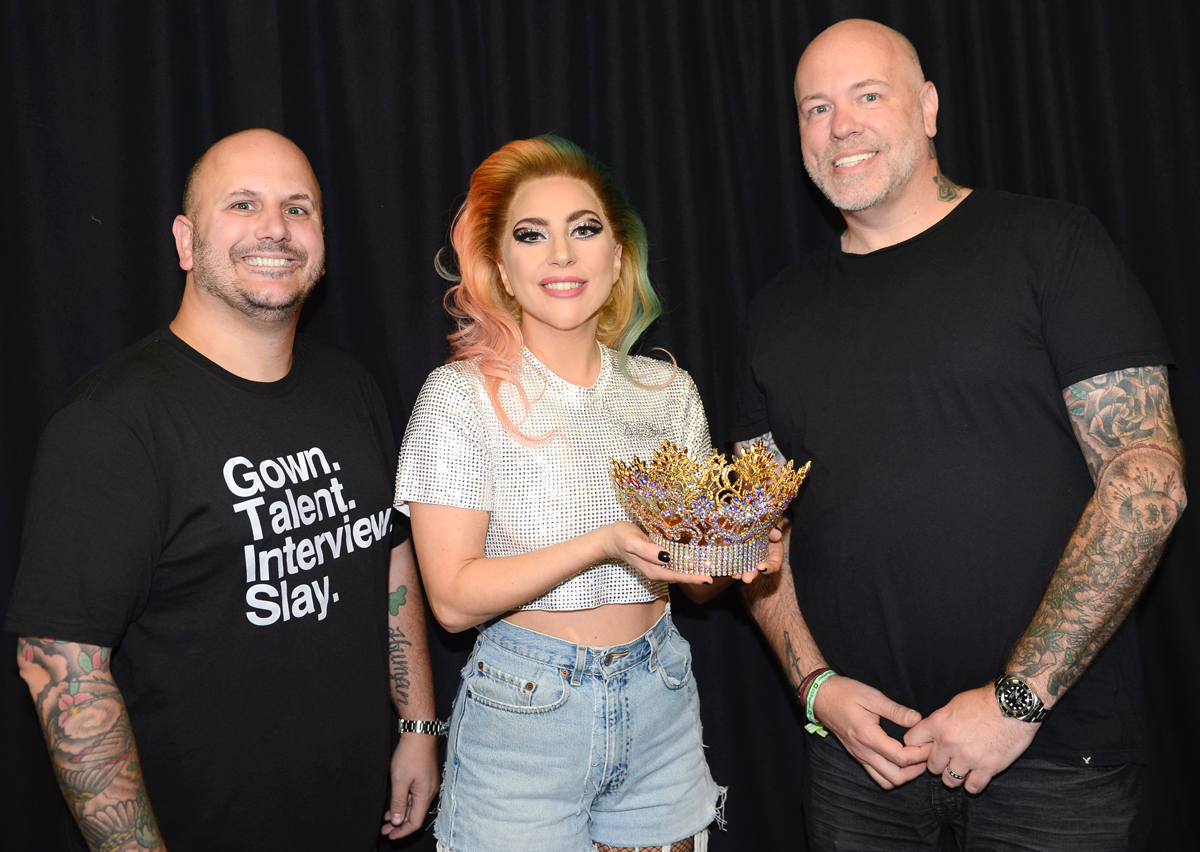 “We love Gaga for all she’s done for the LGBTQ community,” they said, “Especially our youth, so we thought this would be a great way to honor her for championing self-acceptance, diversity and the beauty in everyone’s mirror."

When told that she was not only the first honorary Miss Gay America, but also the first without a penis, Gaga saucily quipped, “How do you know I don’t have a penis?”

Along with the crown, the Miss Gay America owners also presented Gaga with a $5000.00 donation to her Born This Way Foundation.

Miss Gay America 2018 happens this week, October 4 – 7, 2017 at the New Orleans Hyatt, where forty contestants from across the U.S. will compete for the Miss Gay America crown. www.missgayamerica.com •

BACK TO TOP
BACK TO THE MGAZINE HOMEPAGE
BACK TO THE MISS GAY AMERICA WEBSITE
Posted by AndyPopularPublicity at 9:01 AM