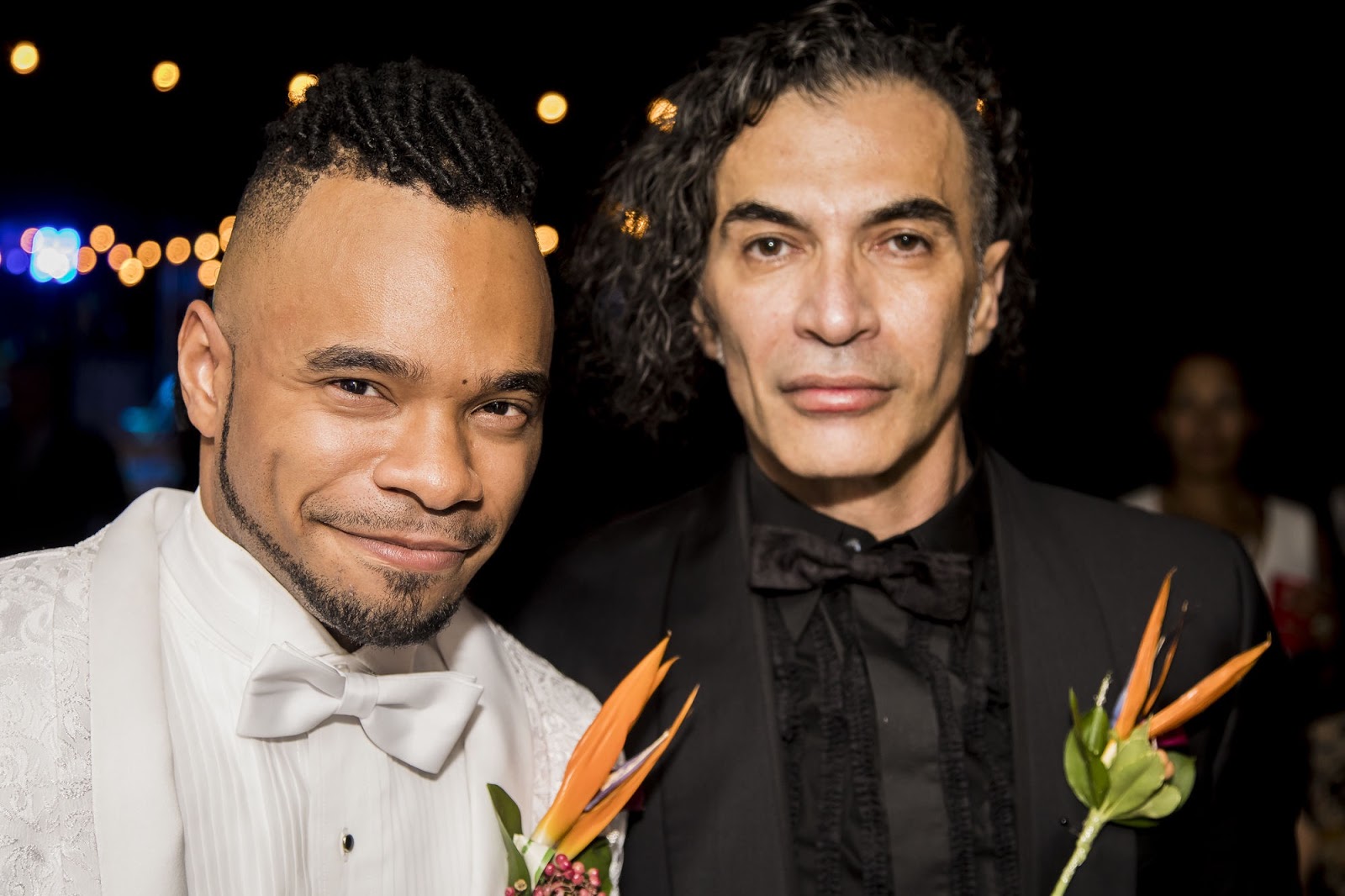 Above, Jason Howard and James Carreira on their wedding day.

This is the first of a series of interviews with promoters in the Miss Gay America system. If you'd like to be featured, please contact the MGA publicist, Andy Reynolds at Popular Publicity at andy@popularpublicity.com

The first ever Miss Gay Nevada America will take place this Friday, April 27th in Las Vegas. The promoters, James Carreira and Jason Howard, married with children and a grandchild, are promising a spectacular debut. And from what we hear, we can't wait for the big night.

In addiziona to a dramatic opening number and the show being cohosted by comedian Alec Mapa and the fabulously talented Coco Montrese, the pageant has a slew of sponsors and is making a donation to Be Brave, an anti-bullying organization based in Las Vegas.

1 You two have an event production company.
Yes! GlamSquad702 Events Inc. is an events design company and the premier provider of hair and makeup services for photography, weddings and events. We’ve been taking care of Las Vegas for 14 years now.

2 How did you become involved, what inspired you to produce the very first Miss Gay Nevada America?
We were excited to experience Miss Gay America 2018 in New Orleans with Kelly Ray.  During that time, we were struck by the history and stature of the system.  We had many discussions with former winners, and owners Michael and Rob.  We knew we’d be a good fit with our background in production.  It was important that Miss Gay Nevada America was produced in a way that showcases the artistry and entertainment of drag in addition to highlighting charity. 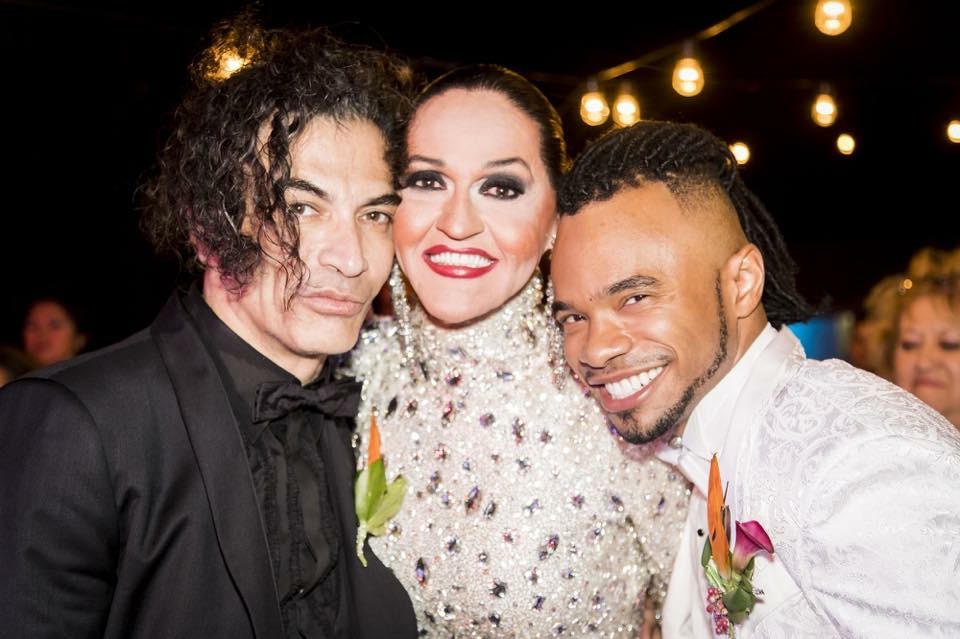 Above: James, Kelly Ray, and Jason

3 Your winner prize package includes one of the best prizes a contestant could ask for, a full production number for talent at the Miss Gay America pageant! We understand that you produced Kelly Ray Shelton’s number for last year’s Miss Gay America. Have you produced numbers for MGA contestants in the past? How did you come to work with Kelly Ray? What other MGA contestants have you worked with and in what capacity?
Kelly Ray has been a close friend for the past 25 years and the only contestant we've produced for and worked with.  We agreed to produce for Kelly on two conditions: a 3-week rehearsal schedule here in Las Vegas, and all dancers and choreographers were from Las Vegas.  Kelly worked extremely hard and we were thrilled with the result of the final night talent.  Two things were important to us when deciding on prize packages.  The first was our winner would be treated like the winners of other prestigious pageants like Miss USA and Miss America. Second as promoters we would fully support our winner with our resources and talents. 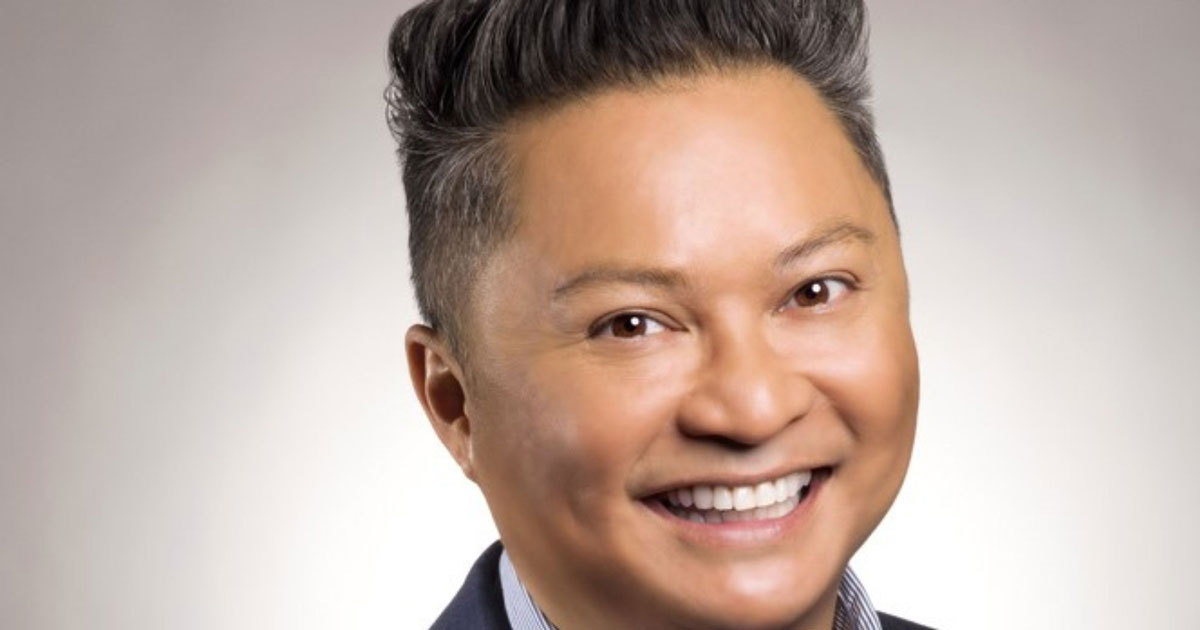 In anticipation of the pageant, the Miss Gay America blog, MGAZINE presents this little Q&A with Mapa.

1 We know you’re no stranger to drag, from "Connie and Carla" to "RuPaul’s Drag Race," and likely more.
“YES!  I was also in drag on Broadway in M. Butterfly 7000 years ago. There's a cave painting of me in drag at The Museum of Natural History! This bitch is old!”

2 When was the first time you did drag?
“Gosh. Probably in New York City. I used to have a cabaret act where I'd dress up as Imelda Marcos and sing ‘High Heels Are a Girl's Best Friend.’  She was newsworthy in the 80's. People thought it was hysterical. You had to be there.”

4 What’s been your favorite/worst drag experience?

Read more »
Posted by AndyPopularPublicity at 10:30 AM 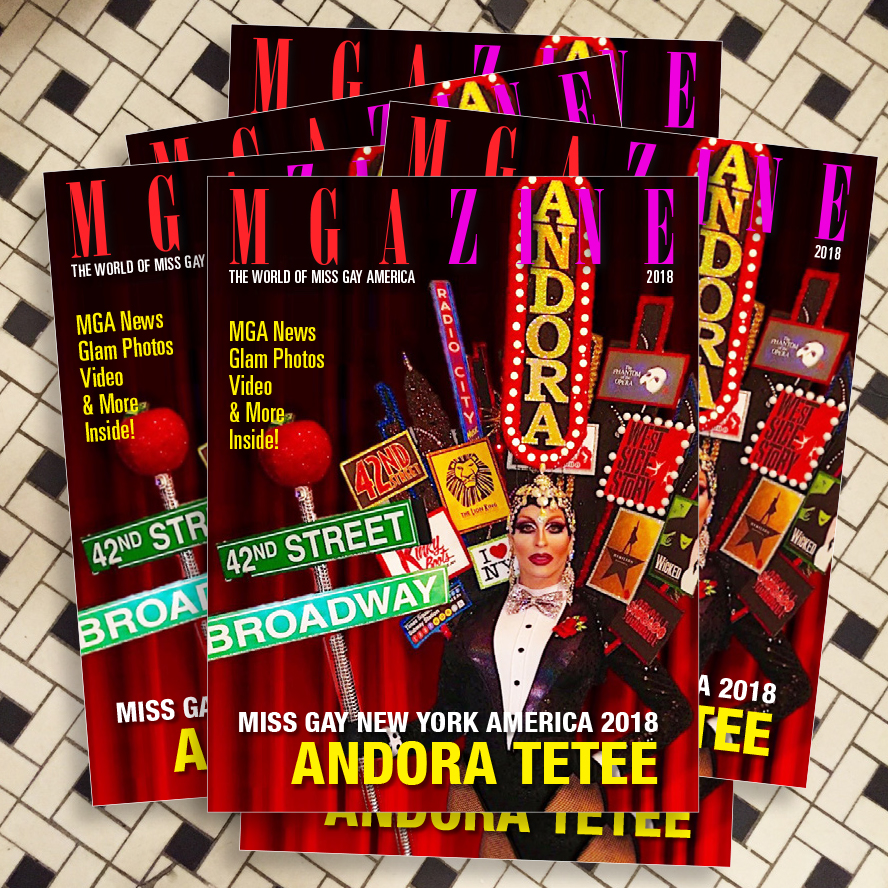 Photos below by Kiet Thai.

On Tuesday, March 13, 2018, Manhattan's Hudson Terrace nightclub was the setting for the Miss Gay New York America preliminary pageant to the forthcoming the Miss Gay America Pageant. (Believe it or not, only the second ever in NYC!)

The evening's theme, chosen by Miss Gay New York America 2017 Kelly Ray Shelton, was "Broadway". For the Presentation category, contestants interpreted the theme in their gown, costume and look.

Andora Tetee did her own take. Versus a drag queen on Broadway, she did Broadway on a drag queen! A Manhattan girl, Andora threw the world's most famous intersection up on her head and hit the floor. She later brought the house down with her saucy, perfect and Broadway-ready take on Dolly's "Best Little Whorehouse in Texas." Duly impressed, the esteemed panel of judges crowned Andora Tetee Miss Gay New York America 2018.

MGAZINE recently sat down with our busy brand new Miss Gay New York America for a wee Q&A. Nice to have a New Yorker in the Miss Gay America house! 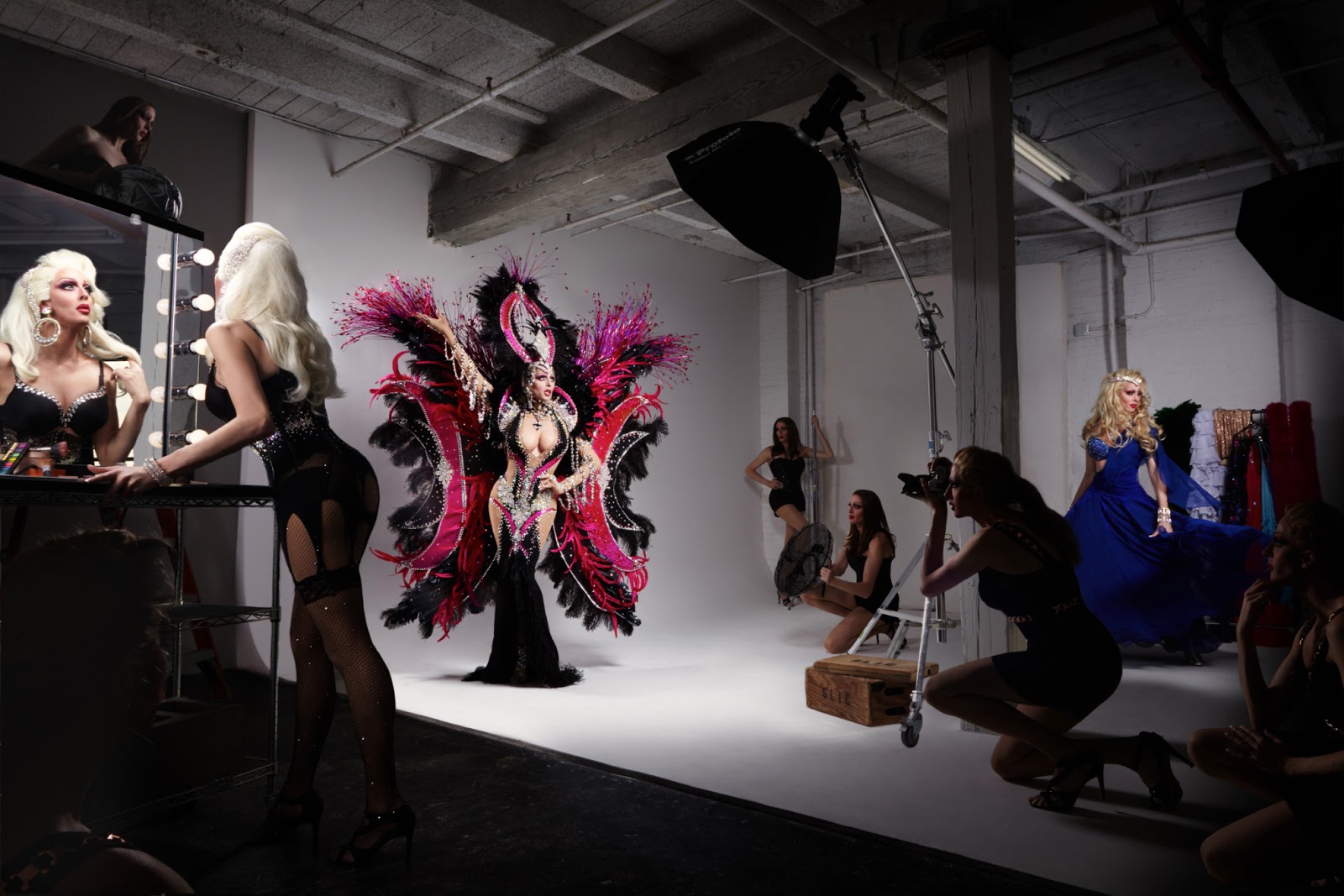 1 How did you get started, when did you first do in female impersonation?
When I was 20 years old one of my coworkers, a guy who used to do drag, suggested I should get in drag to be able to get into bars. And, of course, I was sickening. After that I was addicted to glamour!