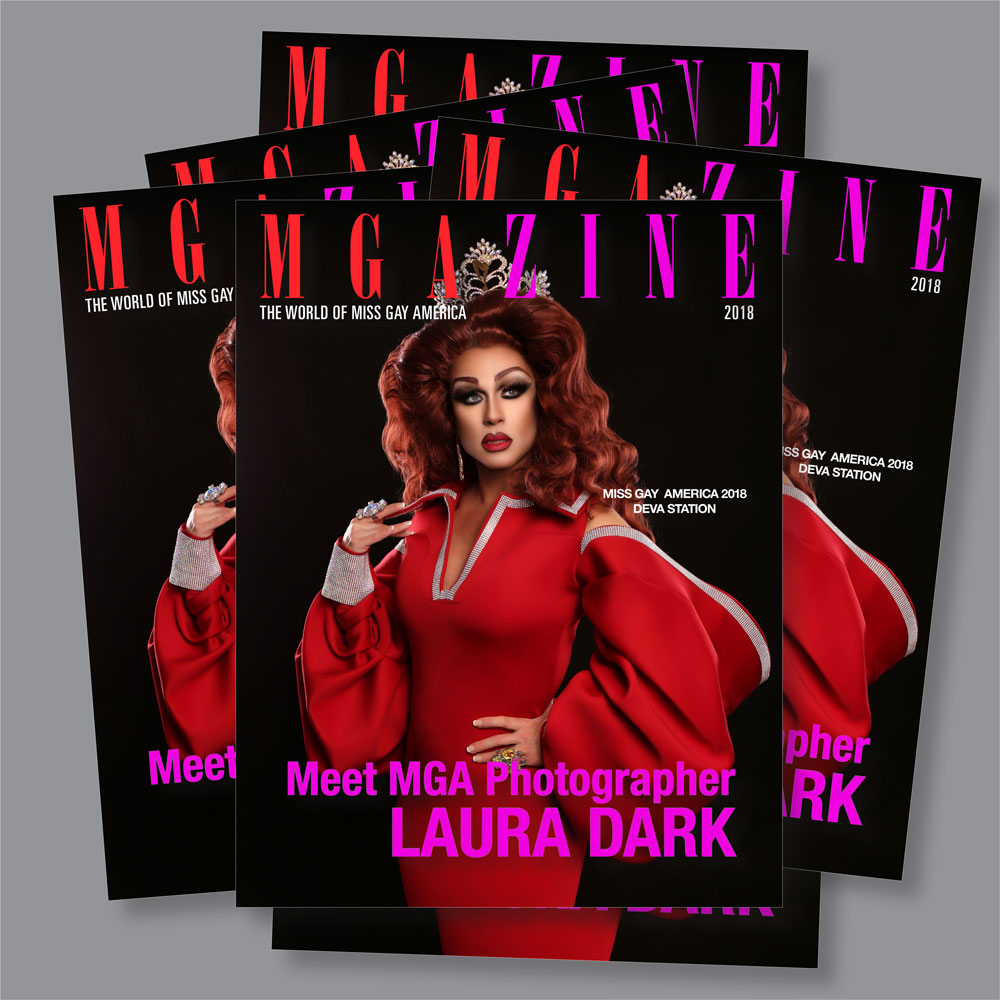 Meet Laura Dark, the second of our women drag queen photographers to be profiled on the Miss Gay America blog, MGAZINE. We previously featured Carrie Strong. Another we hope to feature is Erika Wagner “The Drag Photographer," who shot the fab photos you've seen of Miss Gay Florida America Alexis Mateo.

Laura is best known for her dark portrait and beauty work which has been described as, “beautiful and creative to the max….the images are so realistic and haunting…it’s insane.” She is well known for her many publications, magazine covers, and her two years as Senior Fashion and Beauty Editor with the avant-garde fashion magazine, Dark Beauty.  Among others, she has been published in Gothic Beauty Magazine, Bizarre Magazine, and Auxiliary Magazine.

"Laura is an incredible artist with a unique eye for finding the most interesting shot!" say our reigning Miss Gay America Deva Station. "She does a lot of work in gothic photography which makes her the perfect person to capture drag make up and creativity.  Laura Dark Studios has so many props and costumes to make the experience one of a kind." 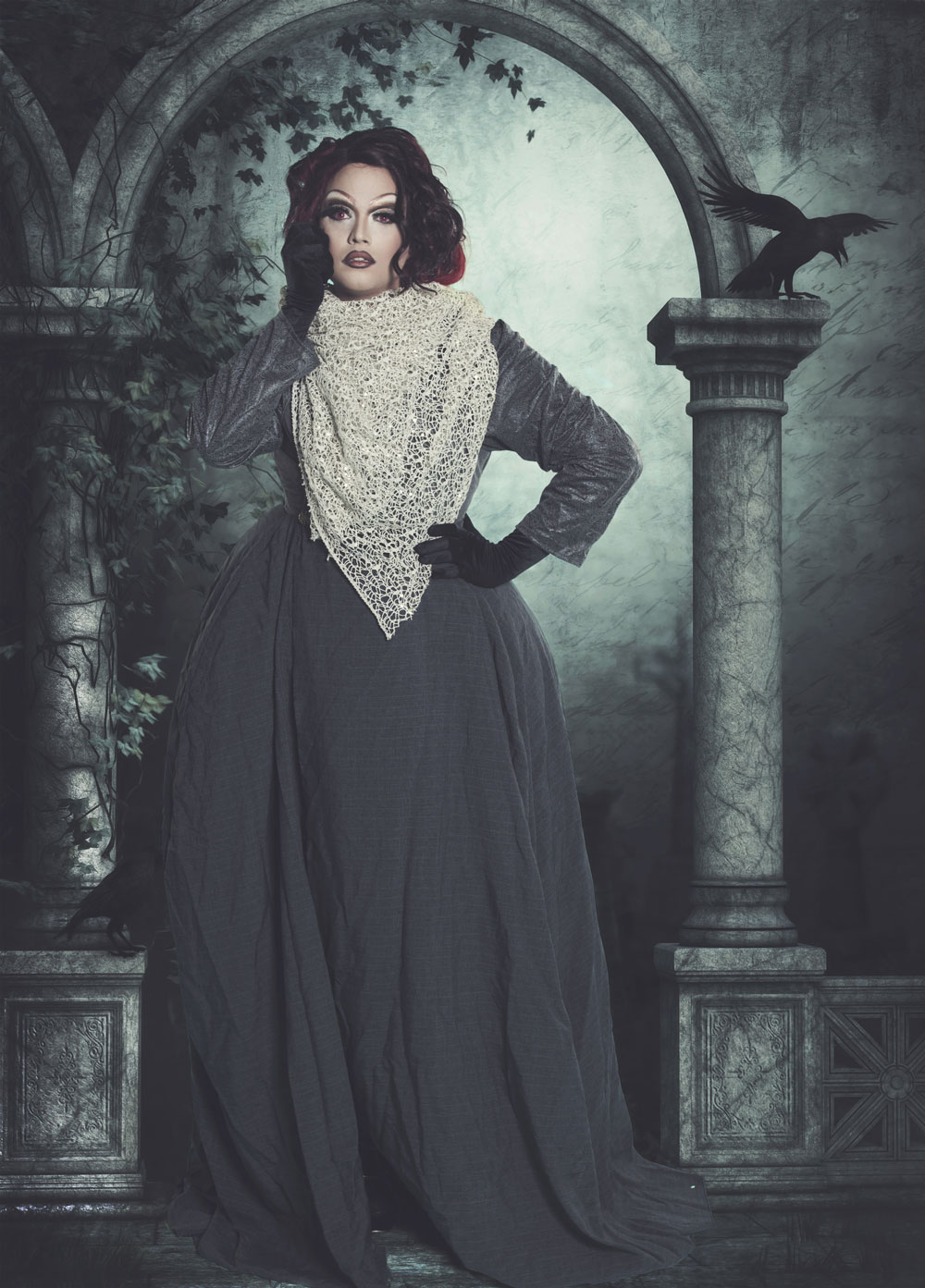 Read more »
Posted by AndyPopularPublicity at 11:56 AM 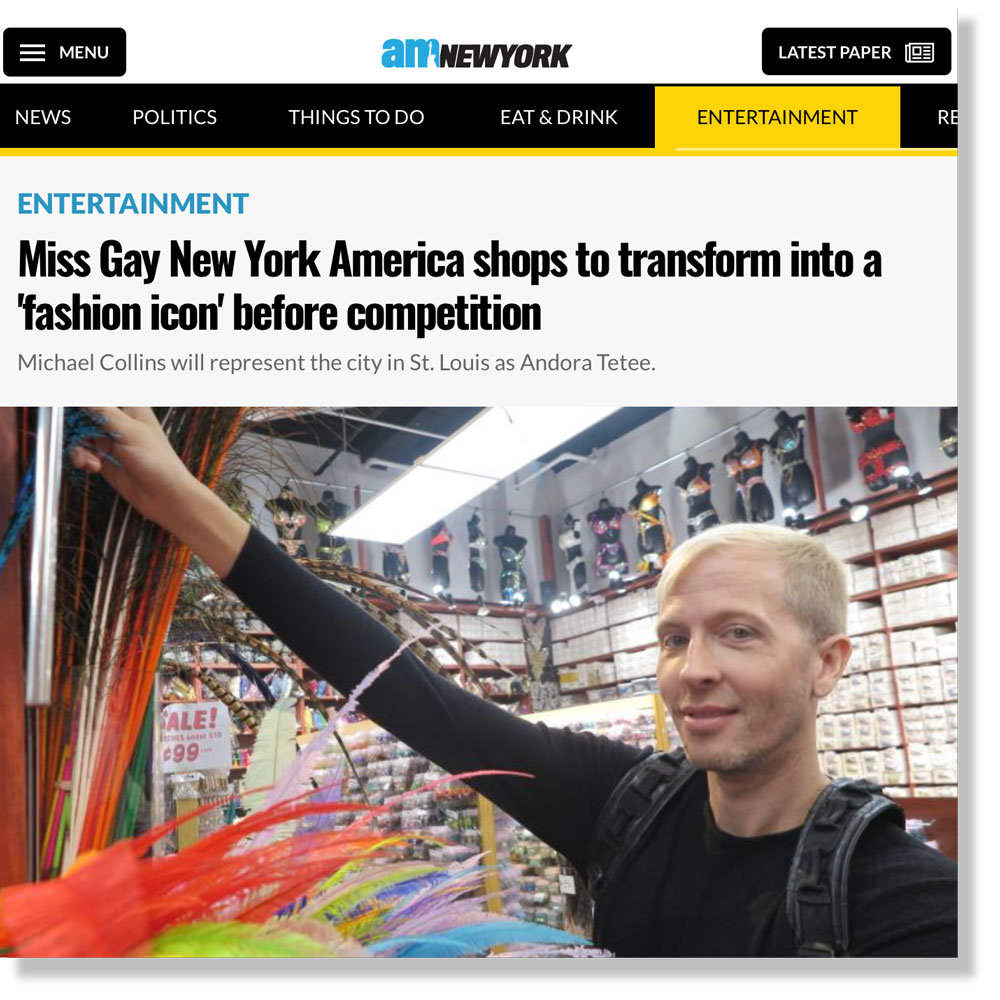 amNY.com just posted a great video feature on Miss Gay New York America 2018 Andora Tetee as she prepares to compete in the Miss Gay America pageant coming up in St. Louis, October 3-6. Read the story and watch the video here.

Posted by AndyPopularPublicity at 3:18 PM 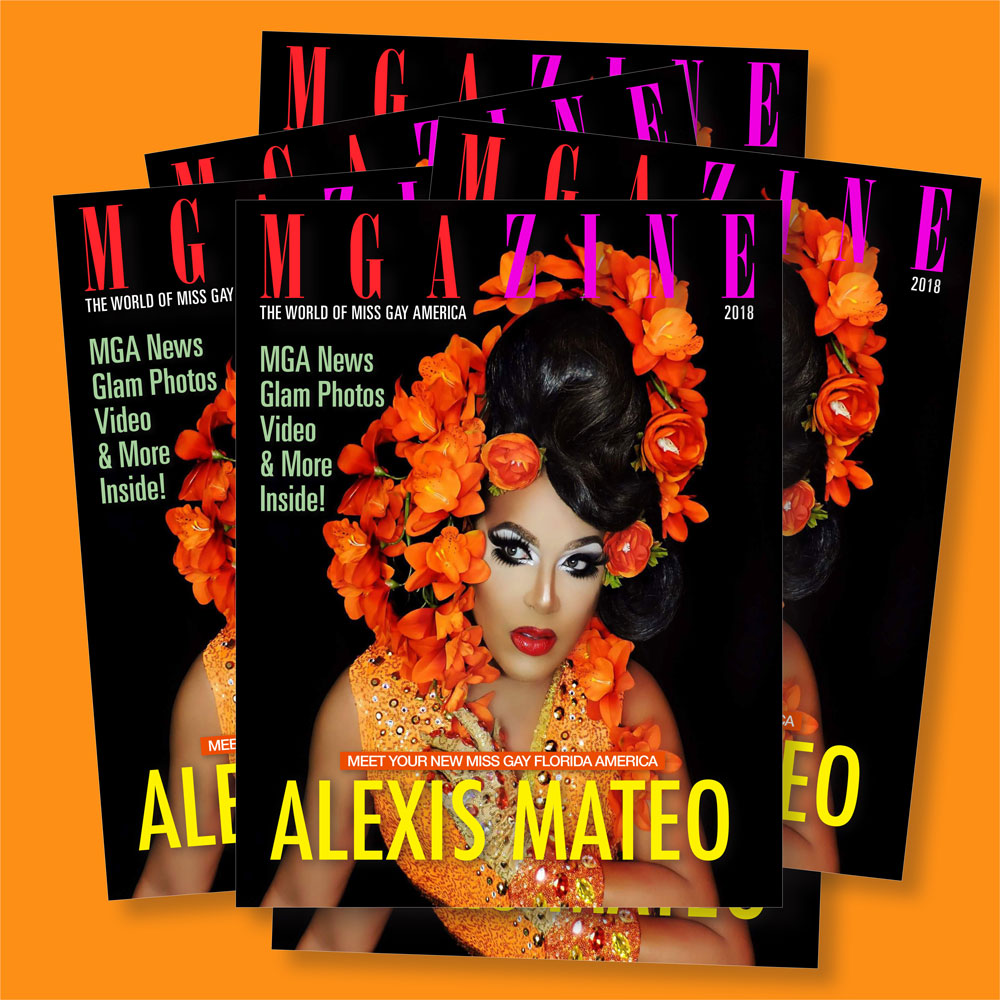 Recently crowned Miss Gay Florida America 2018 Alexis Mateo is the first to take that title since 2013.  Many are already familiar with–and fierce fans of–Alexis, due to his appearance on "RuPaul's Drag Race (Season 3)," and his presence on the catwalks numerous pageants as well as Hamburger Mary's in Brandon, Florida (Tampa Bay area).

Get to know Alexis as he prepares to compete at Miss Gay America 2019 this October 3-6 in St Louis, but first. we wanted to ask, as we do of most of the queens we talk to here, how did he chose his drag name?

"Alexis Mateo is my real name," he says. "My mom named me Alexis because I was born the day that Puerto Rican Boxer Alexis Arguayo won the national championship in 1979, and Mateo is my Mom's last name. So is easy for me to respond by Alexis cause is my real name."


Below Alexis answers 5 quick questions, but for more, check out the recent feature in hip weekly paper, Creative Loafing Tampa and visit his YouTube channel for tutorials, behind the scenes, and this great little video (above), live from DragCon, encouraging everyone to get out and vote, "Don't let other bitches choose for you!" 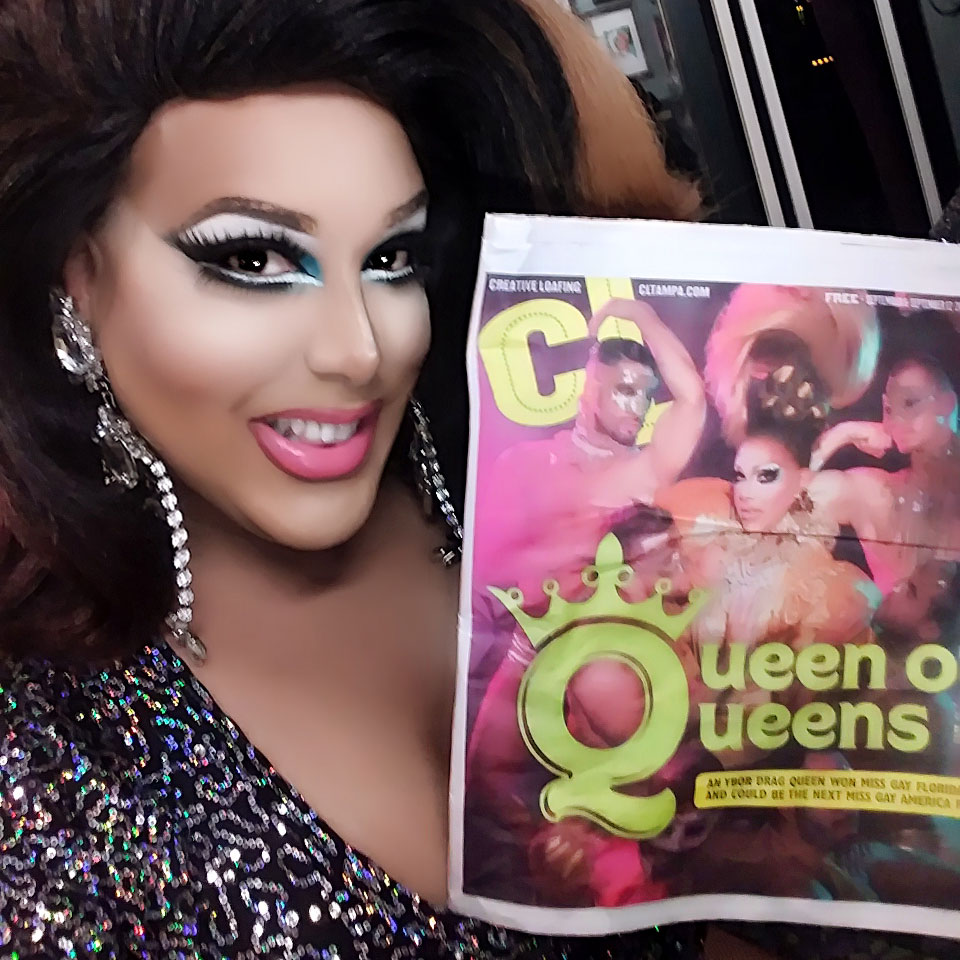 I first did drag in 2001 at the Parliament House in Orlando, when I was a dancer at Disney World. I heard Darcel Stevens was having a talent search night search with a $100 cash prize. So, me and some friends decided that we were going to enter. To my surprise, I won, and that was the moment when I started to do drag.

Nearly 50 Contestants from Across the U.S. to Compete October 3-6 at 47th Annual MISS GAY AMERICA PAGEANT – the World's Longest Running and Most Prestigious Female Impersonator Competition 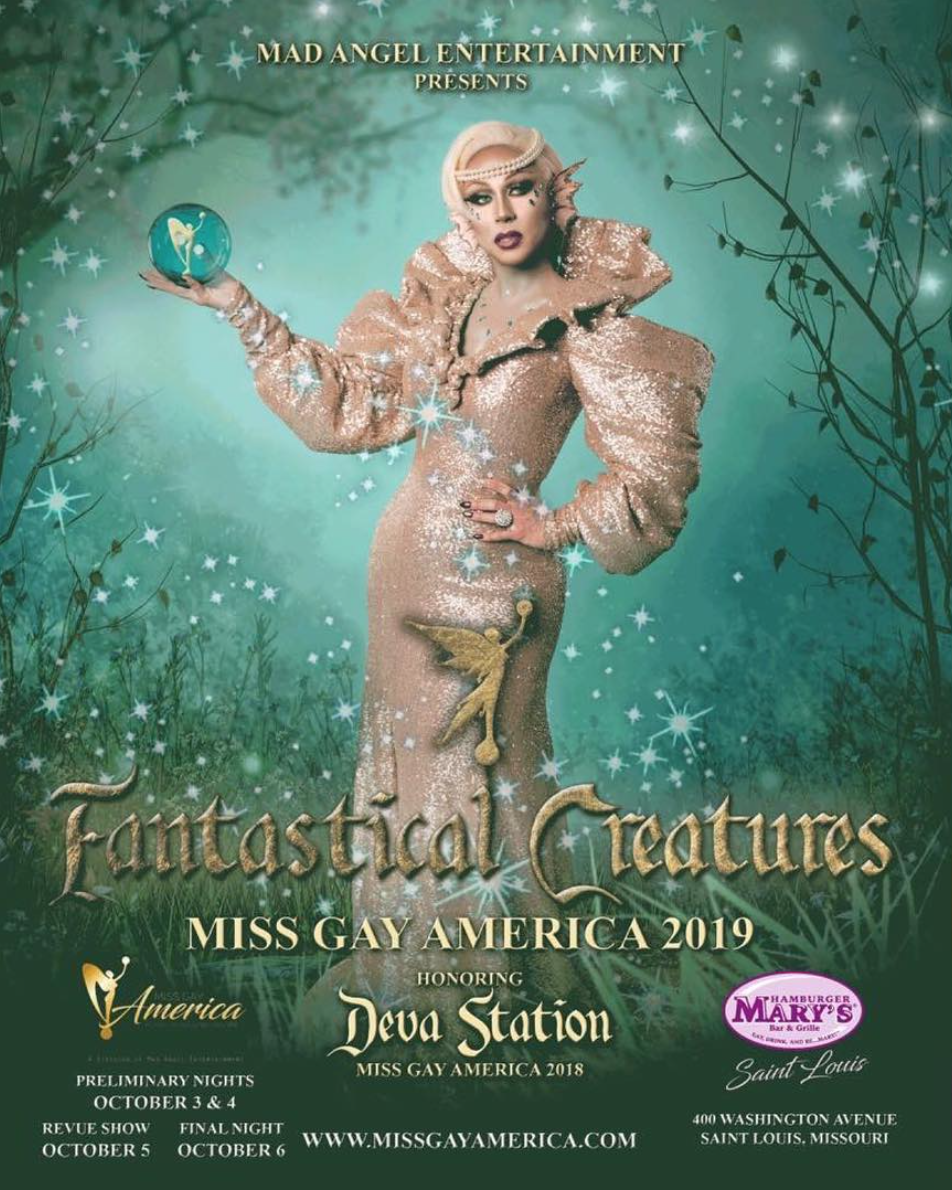 The Miss Gay America pageant is an all-ages, classy, PG, family-friendly event. Many contestants show up with spouses, relatives and children in tow–some even in matching bowling jackets emblazoned with their queen's name across the back. 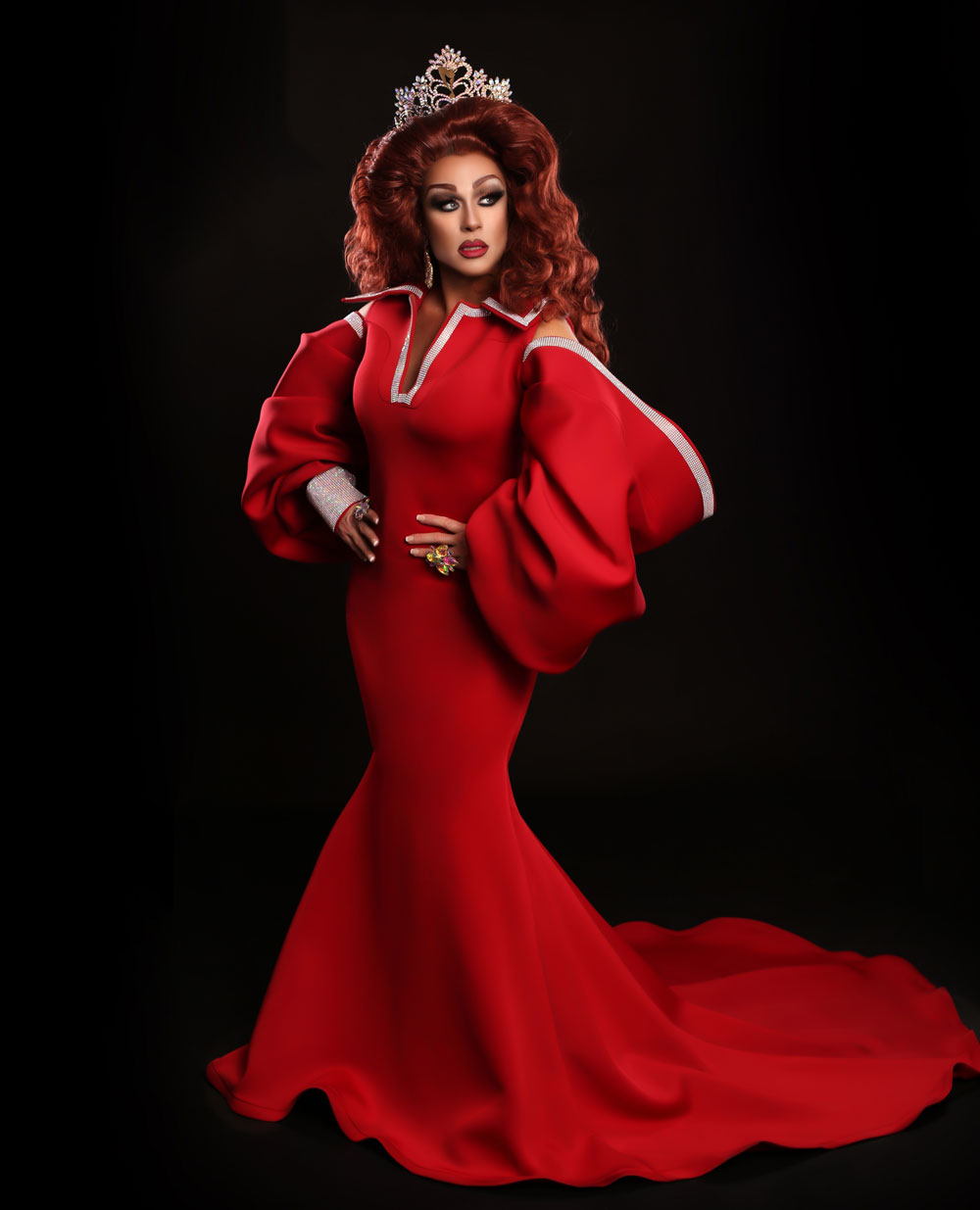 The Miss Gay America theme, chosen by Deva Station, is "Fantastical Creatures." For the Presentation category, contestants will be asked to interpret the theme, in their gown, costume and look. Deva's mandate, "Take inspiration from fantasy, Greek mythology, Sci-Fi. Be creative and take us to a world of total fantasy!"

Miss Gay America pageant owners Michael Dutzer and Rob Mansman are pleased to announce that the next “Symbol of Excellence,” Miss Gay America 2019, will receive a prize package valued at more than $50,000. For a detailed list of gifts included, click here.

Hamburger Mary's St. Louis was opened in February 2017 by Miss Gay America pageant owners Michael Dutzer and Rob Mansman and partner David Pardue. It is one of the largest of in the drag-themed 19-restaurant franchise.

Below is the list of Miss Gay America 2019 Qualified Contestants, including the hometown for each. Bear in mind that a majority of the preliminaries won by these contestants were "standard regional preliminaries," meaning that the competitions were open to contestants from across the U.S. Click on the name for the Facebook page for each. 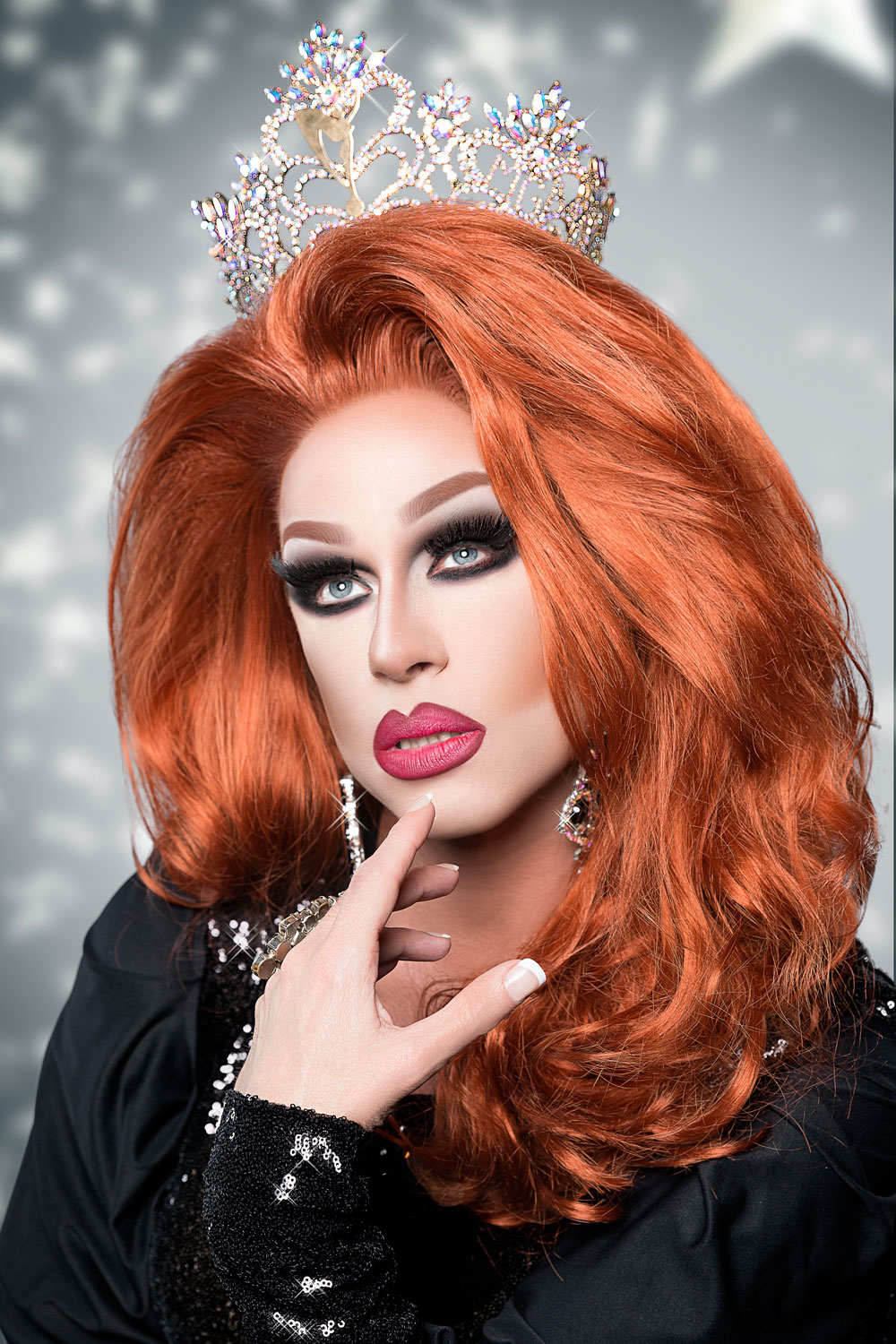 Miss Gay America pageant owners Michael Dutzer and Rob Mansman are pleased to announce that the next “Symbol of Excellence,” Miss Gay America 2019, will receive a prize package valued at more than $50,000.

The unique package, which has grown exponentially since last year, includes prizes donated by some of the best in their respective fields and is unlike any other in the business.

Miss Gay America fans are encouraged to support the following list of businesses donating gifts to the prize package. Gifts from additional individuals and businesses will be announced closer to the pageant.

From October 3-6, nearly 50 contestants from across the U.S. will travel to St. Louis to compete for the Miss Gay America 2019 crown. 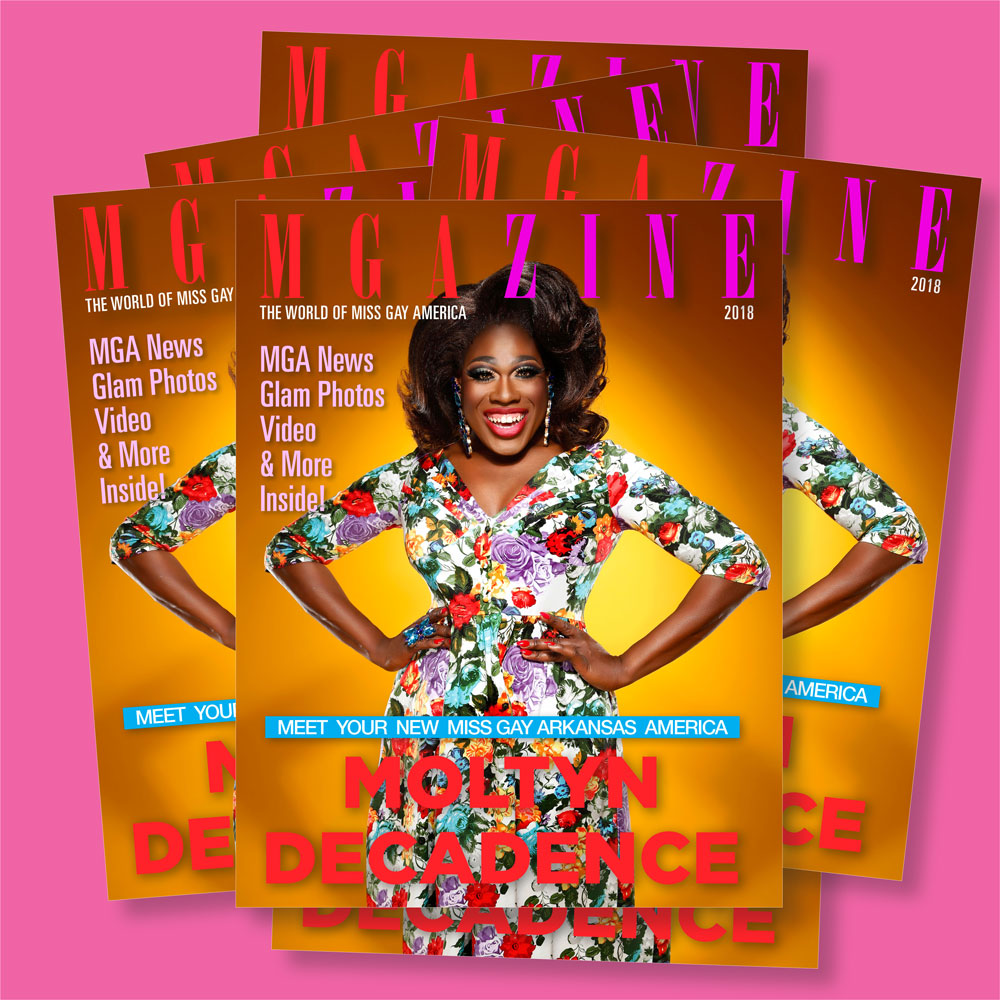 On August 2, at Club One in Savannah, Georgia, Moltyn Decadence of Kansas City, MO, became the first Miss Gay Georgia America to be crowned since 2006.

An "open regional pageant," the night, drawing contestants from across the U.S., was a smashing success due the hard work of promoter, Miss Gay America 2015 and Club One Show Director, Blair Williams. (Check out preview stories she scored in Do Savannah and Connect Savannah.)

Before we introduce you to Moltyn by way of our little 5 question Q&A, here's what she had to say about how she chose her drag name.

"I chose my drag name after landing my first gig. My original drag name, Lavonna Turcell, wasn’t received well, so before they announced me joining the cast I was asked to change my name. A friend and I were studying at Chilis over margaritas when the descriptor for one of the desserts caught my eye. It was a simple bunt cake with hot fudge in the middle, but it sounded so chocolatey and delicious that I decided that's what I wanted my drag to be like. We spent a little time playing with the spelling and before the dessert had cooled, I had adopted the name Moltyn Decadence. 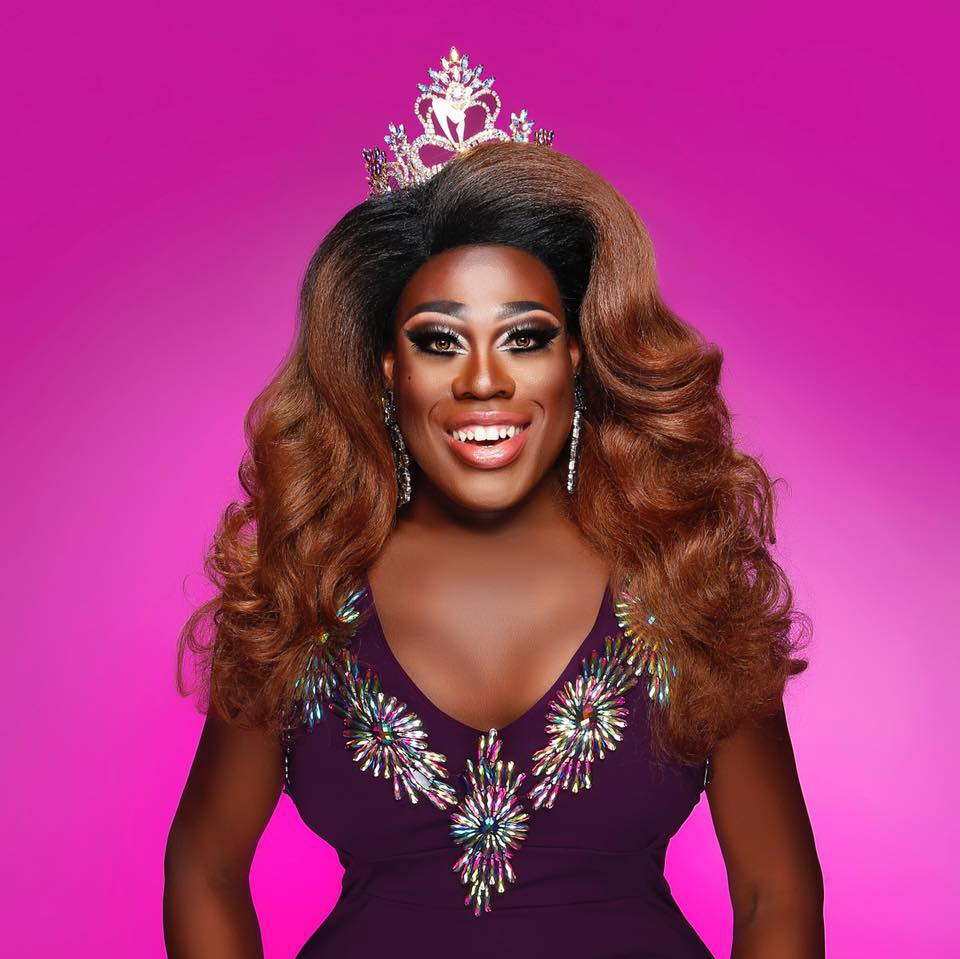 I got started by  pure coincidence in 2005 while I was in college at Michigan State University. I was involved in a LGBTQIA student group for people of color during my undergrad studies. Following the tsunamis of 2004, a group of drag king performers organized a drag show to assist queer communities that needed assistance, and they enlisted as many student group leaders as possible. I was recently out, but eager to help. So, with no prior drag experience, three friends and I embarked on three weeks of exploration and rehearsals for our debut group performance of Destiny’s Child’s “Lose My Breath.” Needless to say we were not very put together, but the drag bug had bitten me, and I decided to continue this new hobby of mine, never imagining that it would eventually lead me to competing at Miss Gay America.