On May 11, Phoenix queen Espressa Grande was crowned Miss Gay Arizona America 2019 at one of the Miss Gay America system's most prestigious preliminary pageants.

A spirited gal with a love of drag, family and showing us all how to be an #ElevatedYou, Espressa took a minute to answer the five questions we like to ask newly crowned MGA title-holders.

But first, as sort of an upfront bonus question, we asked Espressa Grande how she came up with her fun drag name. "Working at Starbucks was a pivotal part of my life when i was 16," she says.  "I was just coming out as a gay man and navigating a life as an adult at such a young age. Grande, well, she’s definitely a large and in charge woman, henny!"

And now, a little sip and stir with Espressa Grande:

My heart forever belongs to the stage of theatre. Theatre inspired me to take the leap into female impersonation three years ago. Also our social climate. I want to inspire new generations because after we are gone, that is who takes the reins. My drag is full of comedy and camp, but at the core ALWAYS has a message to empower and inspire. 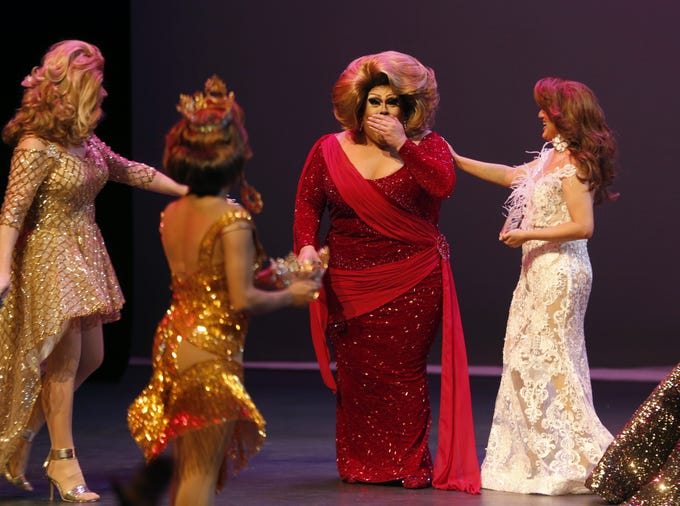 Photo by Patrick Breen from a feature by Garrett Mitchell for AZcentral.com. See more photos of MGAA 2019 here.

It means that what I am doing, being my own authentic self, is enough to show true power and excellence.

Read more »
Posted by AndyPopularPublicity at 5:52 AM No comments: 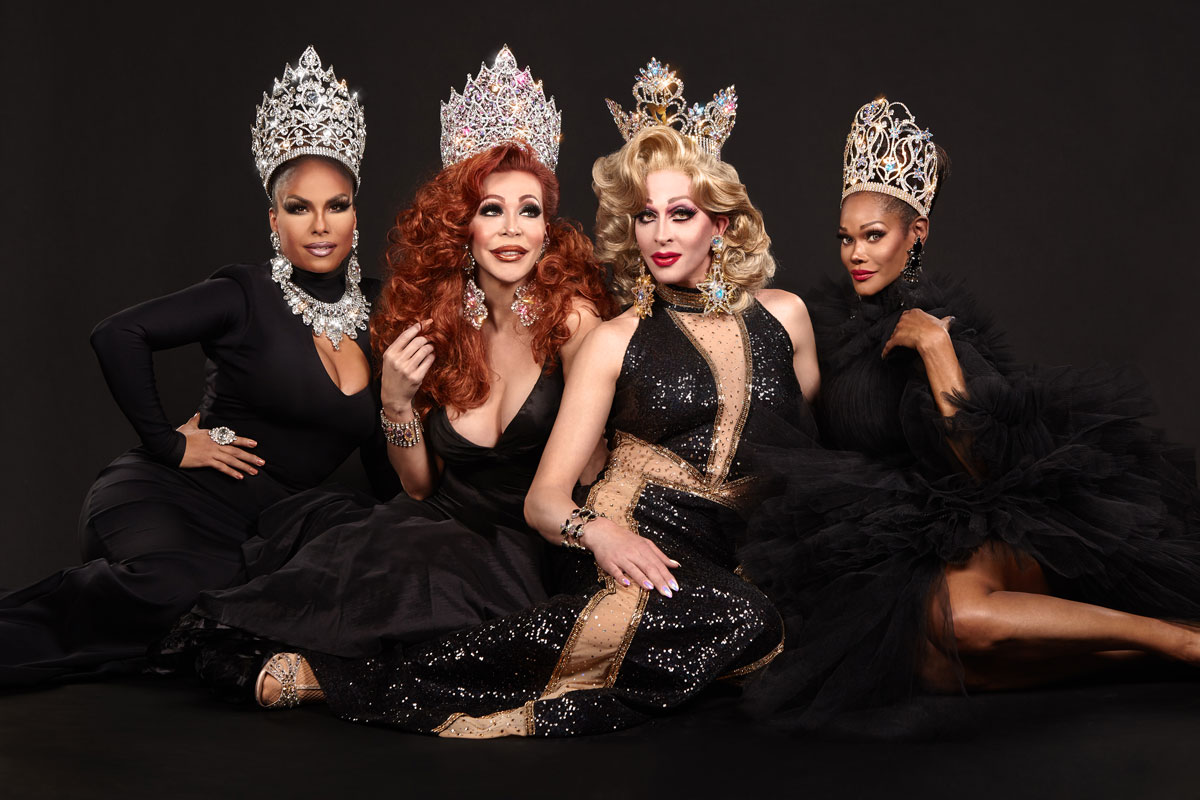 More gorgeousness for the MGAZINE blog.

See more of each on their respective Instagram pages.

Read more »
Posted by AndyPopularPublicity at 3:30 AM

Below, your new Miss Gay Missouri America Vega Markstone Hunter answers the same five questions we like to ask all title-winners interviewed here, but first, by way of introduction, we like to ask...

How did you get your drag name?

This is one of my favorite stories to tell! My full drag name is Vega Markstone Hunter although I typically go by only Vega. When I started, I wanted to have a name that was powerful and celestial. I wanted to have a singular name like Madonna or Cher, something that carried power and said that I was the only one I needed. After some research and a lot of other names, I came up with Vega.

It wasn’t until I moved to Missouri that I added the Markstone Hunter. This pays homage to Alicia Markstone and Danielle Hunter. I never understood what drag families were as they weren’t common where I am from. What I found was this loving, supportive and creative group of individuals that combined to form this pack of unrelenting motivation. I know that I have grown more in the past year than I have in the previous nine. I am fortunate to come from a family that supports me unconditionally and I am equally as fortunate to have a found family that I can say the same of.

And now Vega's interview with MGAZINE:

Throughout my life up into my early twenties I danced professionally. I taught and performed all over and made my career as a ballroom dance instructor and competitor. Unfortunately, life had other plans and I was injured to the point where I could not dance for almost two years. During that time, I missed performing so my friends and I would host theme parties just about every month. It was at these parties that I began dressing up in drag. Then there was this one day in January, almost ten years ago, the 17th to be exact. A local bar was hosting a talent show and my friends convinced me to do it. So I did…and tied with another performer for the win! That night the show director asked me to be on their cast and I have been performing ever since. Actually, the video from that talent show is still online! 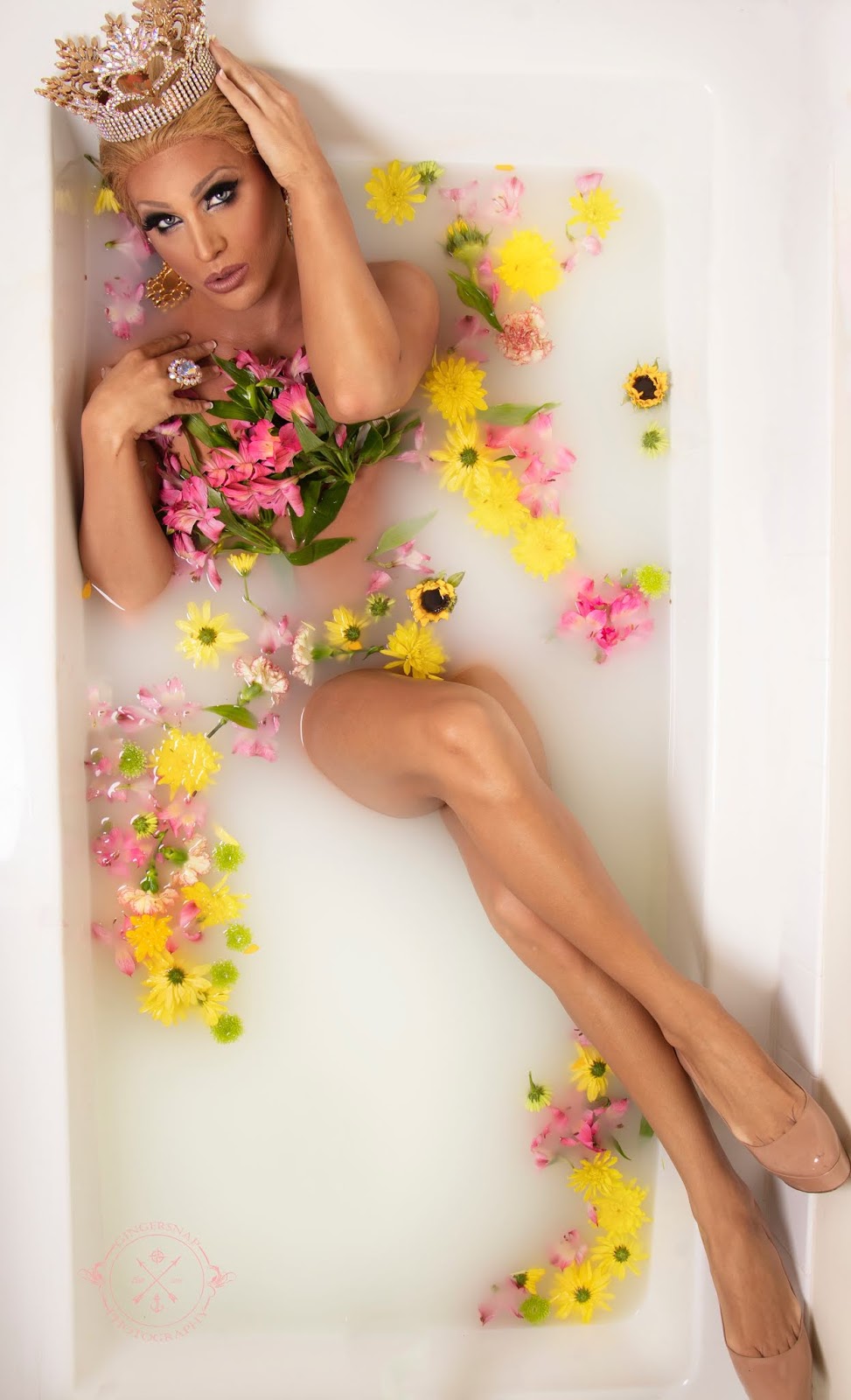 Read more »
Posted by AndyPopularPublicity at 8:31 AM

More Love for MGAA from The Arizona Republic: Miss Gay Arizona America Espressa Grande on pageants, drag and how to be an #ElevatedYou

More MGAA love from Garrett Mitchell @rettmitch at The Arizona Republic, back with an interview with Miss Gay Arizona 2019 Espressa Grand.

A: I think the biggest thing I've learned through this whole process is to elevate myself.  I've come up with a hashtag —  #ElevatedYou. And the reason why is because when I'm Espressa, I'm an elevated version of myself. I once thought they were looking for a certain type of cookie-cutter drag queen, but all they're looking for is an authentic, elevated you. I want to show those who don't fit the mold that they can do this, too.

Read the full  interview on AZcentral.com.


Posted by AndyPopularPublicity at 7:39 PM No comments:

A big thank you to Patrick Breen at the Arizona Republic newspaper for the fab photos! 👑❤️🎉 See all 63 photos at AZcentral.com

Check out The Arizona Republic's pre-pageant feature, "Don't be a drag, just be a queen: Miss Gay Arizona America pageant is May 11" and The Phoenix New Times pre-pageant slideshow feature on photographer Scotty Kirby, "Photographing These Beauty Queen Competitors Is Never a Drag for Phoenix Lensman."

Posted by AndyPopularPublicity at 8:46 AM


Such a great article from Karina at the Arizona Republic! I am so thankful that everyone in Phoenix and Tempe, has been so responsive to our story times at Changing Hands Bookstore! I can’t thank the staff and management enough, but more so Dee Jae Galaxy & Sophia Sinclair for joining me on this venture and being such an amazing support system at these events! Please enjoy and share with your loved ones and we hope to see you at our next “New Year New Read” 😍📚 #FitFish #Community #DragQueenStoryTime #ArizonaDrag #PhoenixArizona #NewYearNewRead #ArizonaRepublic #ChangingHandsBookStore #LGTBQ #LGBTQpride #PhoenixQueen #DragQueen @deejaegalaxy @changinghands @beekii_giraffe @azcentral
A post shared by Karrington Valenzuela (@nevaehmckenzie) on Apr 30, 2019 at 6:27pm PDT


Posted by AndyPopularPublicity at 8:21 AM