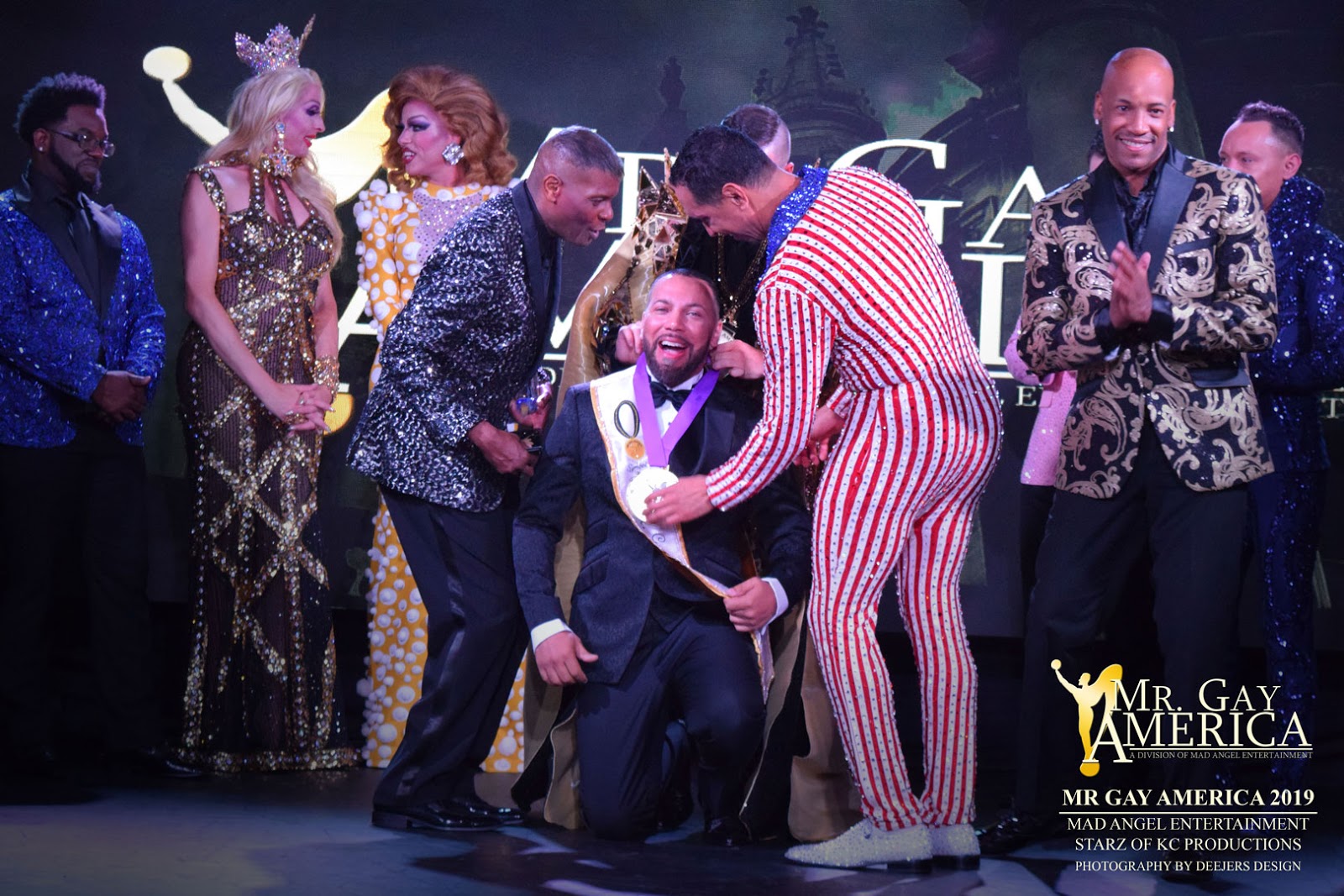 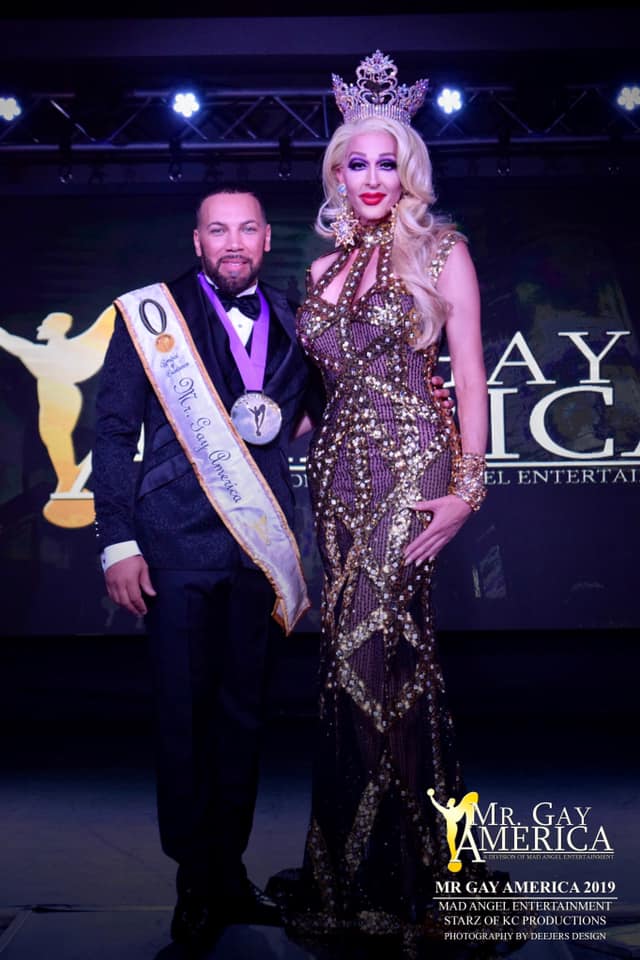 I personally don’t consider what I do “male drag.”  I consider myself different as I am a live singer.  When I first started, my talents were challenged in how they fit into the realm of our community.  With the world evolving, I try to keep up with the times and stay true to myself as a Gay Black Male that shares my talents with all communities, not just LGBT+ communities.  What I perform on pageant stages are the same as I perform in my other performance venues.  I get compensated greatly to be a wedding singer and professionally, trained and licensed singer so why not expose my community to those talents?  My hopes are to bring more natural talents to our community to be appreciated. 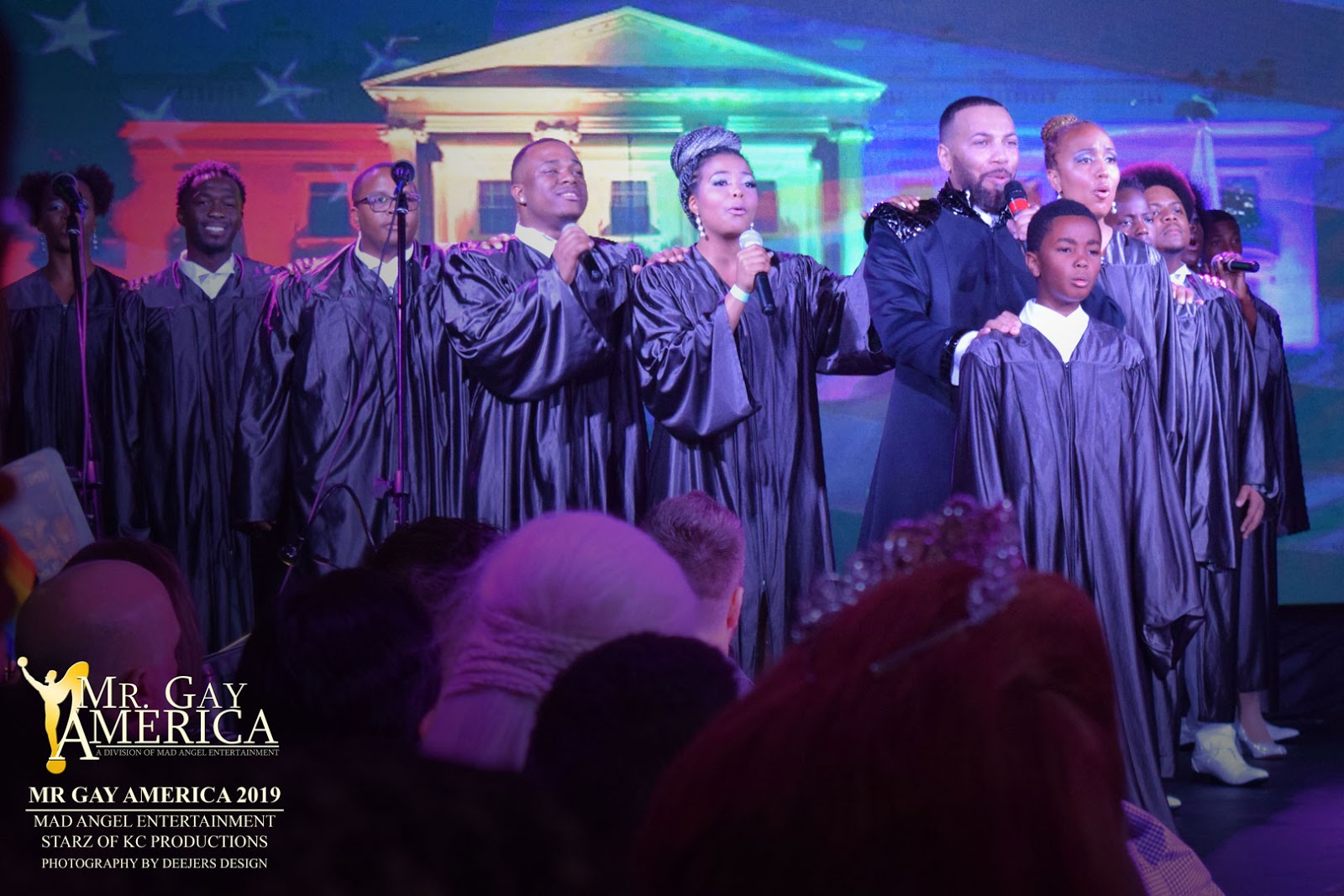 My good friend, Lewis Nicholson, knew I was an opera singer and asked me to perform with him in a pageant he was competing for.  The love received once I hit that stage was invigorating and I have been addicted ever since.  I went on to win that same pageant 5 years later and was the start of Simba R Hall officially.

5. Is your family supportive?

No.  I was raised in the church and told it is wrong to be gay.  I am even an ordained minister.  But the pinnacle of my career was to have my mother in attendance when I won MGA.  She still didn’t understand what she was watching and attending but is slowly coming around to support her son.  I don’t know if she will ever come again, but that moment will be forever engraved in my heart until the day I die. 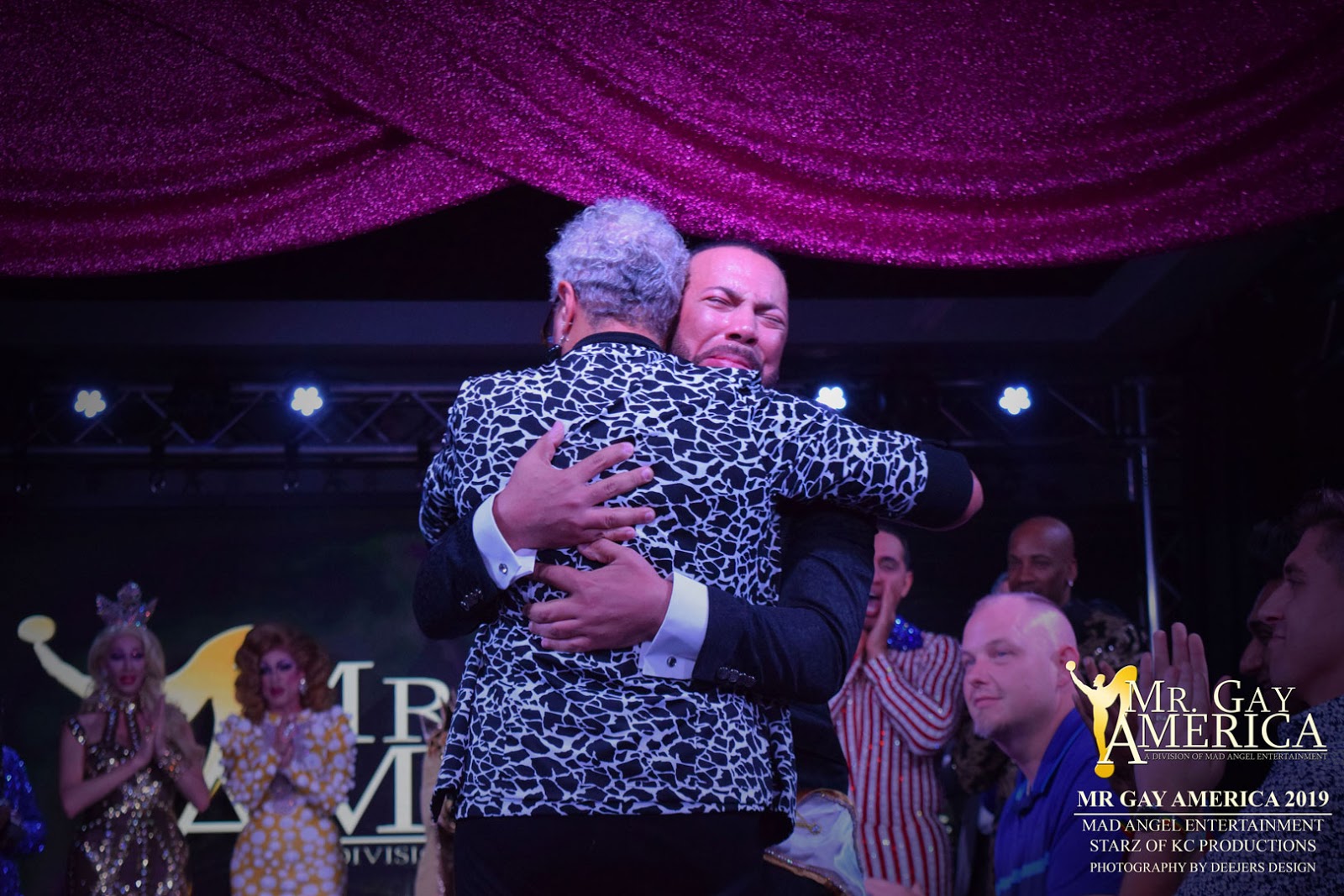 6. Where were your born and what city is home?

I was born in Columbus, Oh and raised in Memphis, TN.  I moved to Atlanta, GA to attend Morehouse College where I graduated and stayed there until my job moved me to Las Vegas NV in 2013.

7. How did you choose your drag name?

I was a bartender at Colors Nightclub in Atlanta GA.  Maxine Blue had a drag show there and she used to pick on me during the show.  She asked me what my name was and I was scared to let the gay community know what my real name was at that time so I froze up.  I had a huge afro back then and she said, “You look like a lion.  We gonna call you Simba!”  It stuck since the Lion King is one of my favorite movies and I feel I am the human "Simba" in real life....lol.   I decided to keep it as my stage name.  My father is Thomas Hall and out of respect have carried his name my entire career. 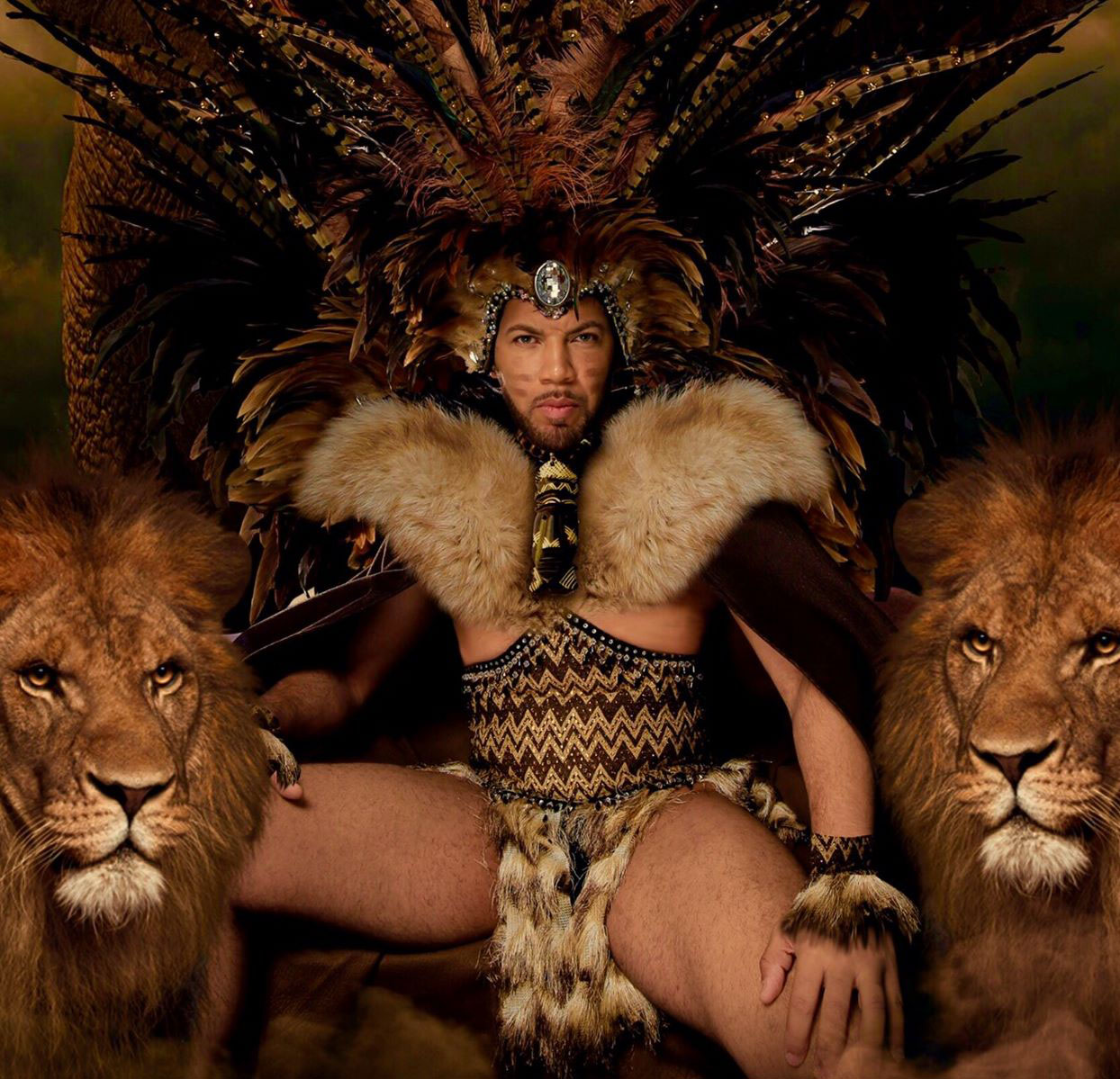 8. As an entertainer, what are you most know for, your trademark?

I am known as a live ballad singer.  This is not always accepted in most club environments so I have learned to expand my horizons and lip sync to more top 40 music without losing who I am.  Yet, I am finding more and more that audiences are enjoying live talent so I try to always sneak a tune in here and there.

9. What has being in the Mr. Gay America system meant to you personally?

I am known and respected greatly as being an exceptional administrator and promoter.  The Mister division was on hiatus for many years and so was I.  It is my desire to put it back on top as it was so many years ago.  Therefore, when America grows, I grow.  We are one in the same. 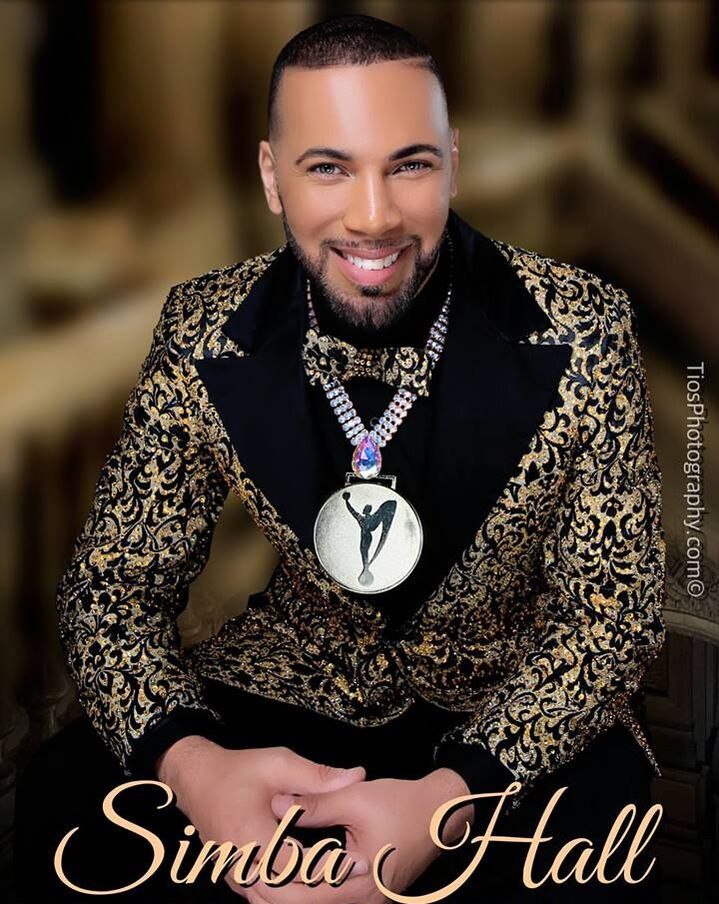 10. How have you benefited from competing in the Mr. Gay America system?

I would like to think that MGA has benefitted more from me than I from it.  I wanted to be a part of the legacy and excellence that was started many decades ago.  The maturity, knowledge and fervor that I am putting towards my reign will be contributed to the third revival of the Mister Gay America system.  My hopes are that after my reign, I am put in a pivotal role to ensure that it never loses its stance ever again. Then, I will be able to see the benefits of the America system.

11. The Miss Gay America crown comes with considerable administrative responsibilities, such as overseeing the judging at the various state and regional preliminaries. Does the Mr. Gay America title come with similar duties?

We are the mirror image of our FI counterparts and even work very closely with them at many prelims.  It was and still is my desire to see them combined one day in the future similar to Mr. and Miss Continental and Mr. and Miss NEOY. 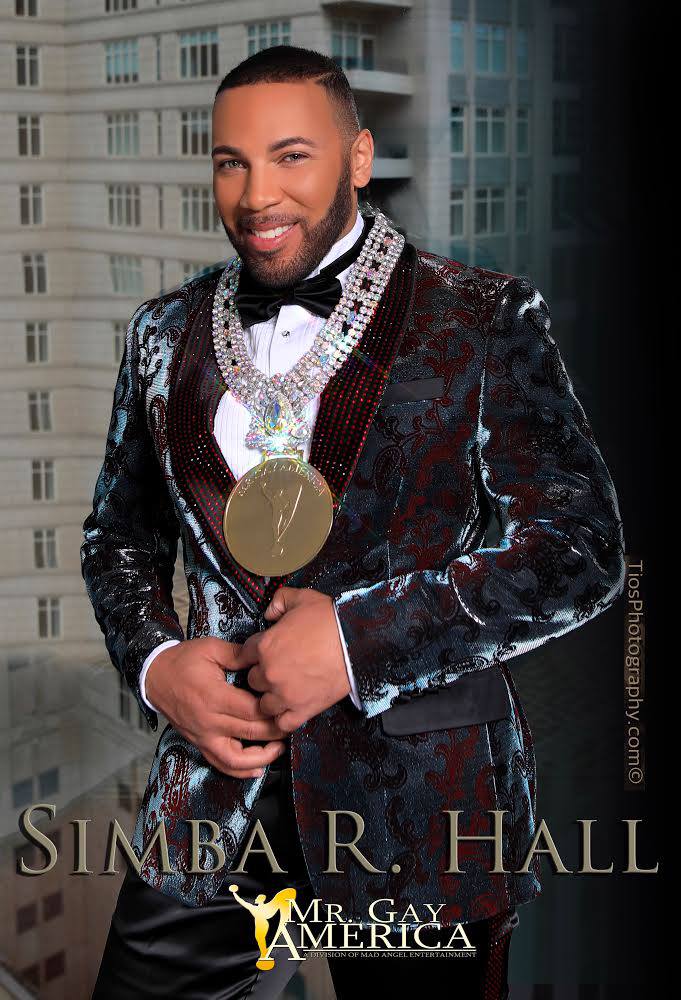 I am music director and vocal coach for Broadway In The H.O.O.D. (Helping Others Open Doors).  Our goal is to teach, train and empower less fortunate children and teenagers all aspects of theater.  We, then, produce quality shows across America for audiences to see our progress.  I used many of my students in my talent this past year.  I also have and will continue volunteering my time to Creative Foundations owned by my promoter, David Robins.  I just joined the Trevor Project which helps those who suffer from depression.  Since I am a survivor of the damages depressions can cause, I look forward to seeing how my gifts can be used with this organization. 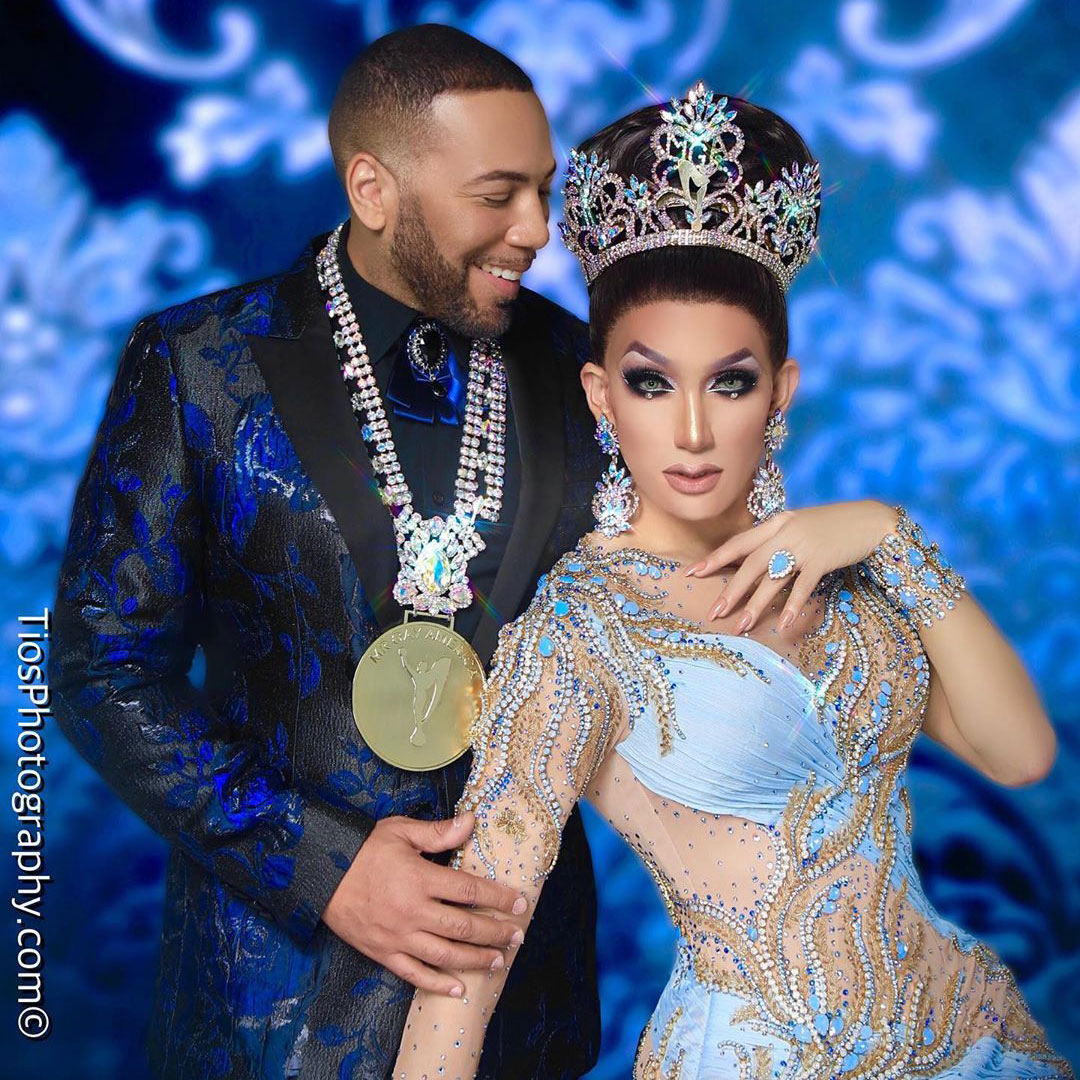 13. Final thoughts? Anything you want to add or say?

Many I have come across in the America system and our community have misunderstood, underestimated and overlooked the direction and purpose of the Mister division.  Person by person, I am making it clear our purpose and person by person many minds are being changed and joining in the plans we have in store for MR GAY AMERICA.  I encourage all to join this revolution. 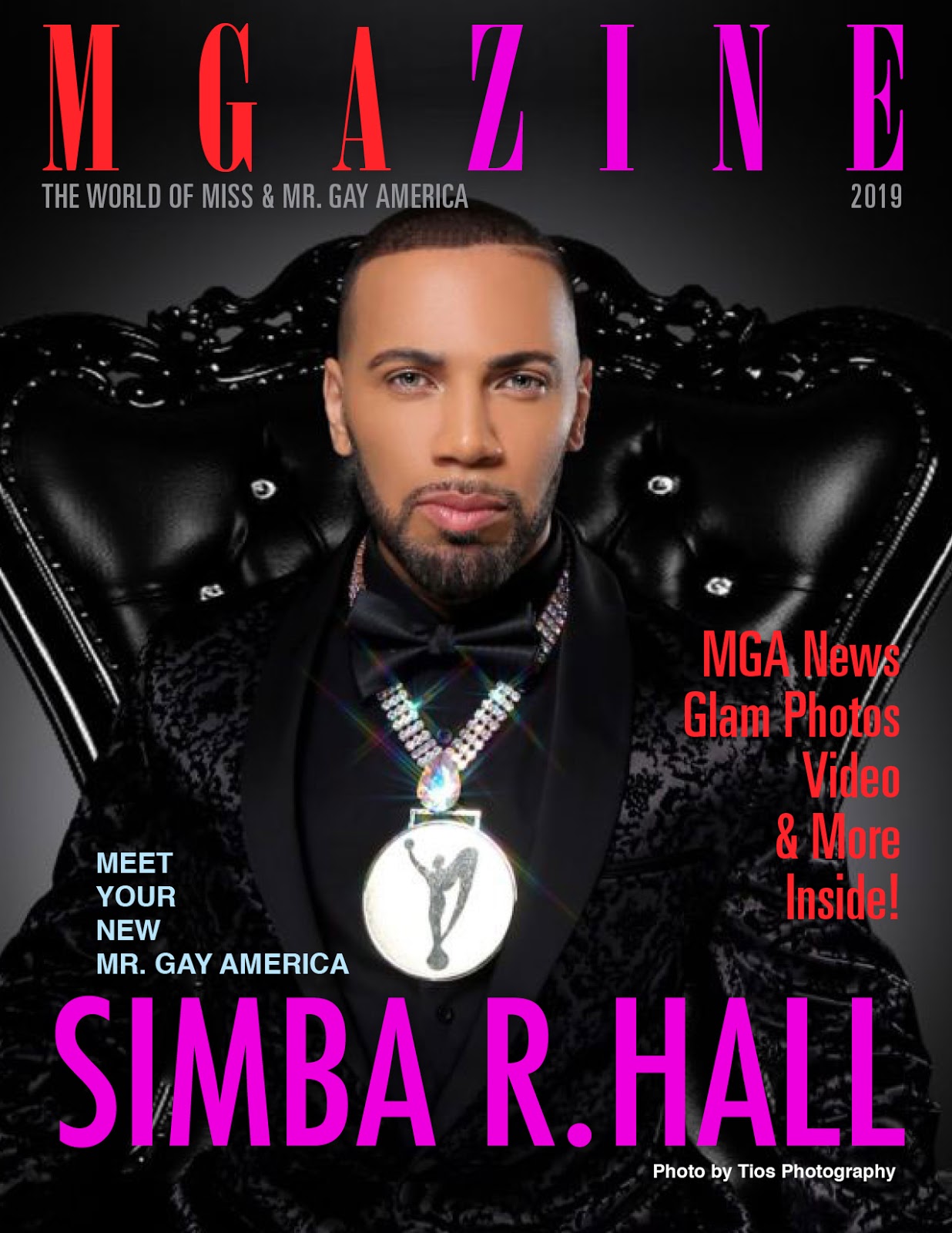 BACK TO TOP
BACK TO THE MGAZINE HOMEPAGE
BACK TO THE MISS GAY AMERICA WEBSITE
MGA ON FACEBOOK
MGA ON INSTAGRAM
Posted by AndyPopularPublicity at 3:09 PM